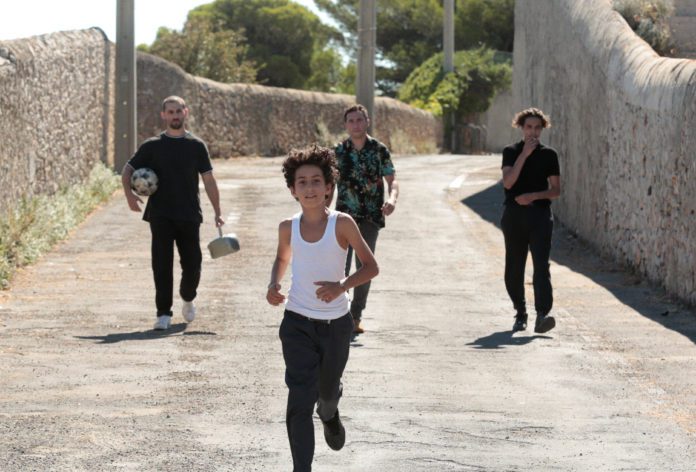 The 27th Junior Galway Film Fleadh (JGFF) will take place from 13 to 16 November in the Pálás Cinema followed by a Gearrscannain outreach programme in schools across the county.

The Junior Film Fleadh runs screenings and events for young audiences and filmmakers each winter and takes part in the European Film Academy’s Young Audience Award.

The festival kicks off on Sunday 13 November with the European Film Academy Young Audience Award.

This pan-European day of contemporary films is aimed at 12 to 14-year-olds with 70 cities in 42 countries taking part simultaneously.

The JGFF has recruited a young jury based in the West of Ireland who will view the films alongside their European contemporaries and vote on the winning film.

Film screenings include Animal, a film about climate change; Dreams are Like Wild Tigers, a musical comedy; and Comedy Queen, a film that focuses on a young girl’s quest to become a stand-up comedian.

The event offers a unique opportunity to discover great European films which reflect the realities of young people all over Europe.

“The Junior Galway Film Fleadh is absolutely delighted to be back in the cinema engaging with young people to offer a wide range of contemporary thought-provoking films and experiences including the European Film Academy Young Audience Award and a Careers Panel in association with Screen Ireland and Animation Ireland,” said Festival Producer Annette Maye.

Screenings for JGFF this year include language-based films that support the curriculum including La Traviata: My Brothers and I (Senior French), a family drama focusing on 14-year-old Nour’s quest to help his ailing mother with the aid of opera; King (Junior French) a drama about two young siblings dealing with an escaped lion cub; and Klammer – Chasing the Line (Senior German) a film that looks at the career of legendary champion skier Franz Klammer and his desire to go against the grain.

The Path (Junior German) is based on true events and tells the story of 12-year-old Rolf, who along with his father and dog must flee Nazi Germany.

Mediterrano – The Law of the Sea (Senior Spanish) is a powerful drama following a Spanish lifeguard as he tries to help refugees risking their lives to get to Europe.

Each film will be introduced and study guides will be provided to facilitate further classroom discussion. JGFF will also be screening An Cailín Ciúin (The Quiet Girl) and will host a question and answer session with some of the actors following the film.

Alongside these screenings, seven new Gearrscannain titles made by young emerging filmmakers from around Ireland will be screened including the touching documentary Siondrom Sonas about the director’s experience of growing up with a younger brother living with Down syndrome.

These films will tour to schools in Galway City and County as part of the JGFF outreach programme.

JGFF is also working with Screen Ireland/Animation Ireland to host a free Careers in Film, TV and Animation panel. Two sessions featuring experts in film, television and animation will focus on exciting opportunities in the screen industry for young people.

Topics covering the huge breadth of roles across the industry, pathways into film, television and animation, how to network, starting and developing your career and the reality of being a freelancer will all be addressed.

The panels will include speakers from Screen Ireland, Screen Guilds of Ireland, Animation Ireland and the recently established National Talent Academy for Animation. Booking for the Careers Panel is required.