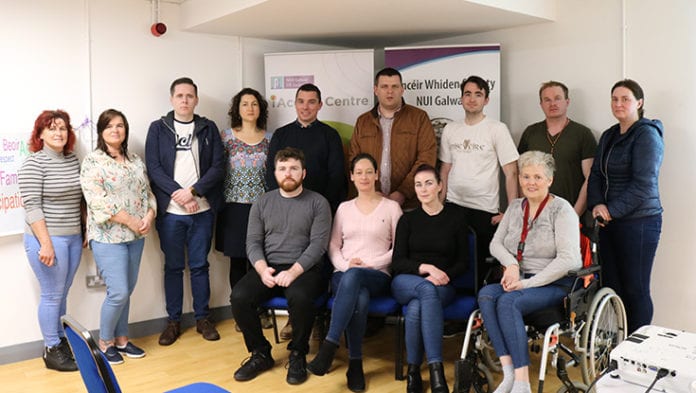 Members of the Travelling community officially launched the first Traveller student society in Ireland at NUIG this week.

The Minceir Whiden Society was co-founded this year by Traveller students at NUI Galway and the Galway Traveller Movement.

‘Minceir Whiden’ means ‘Travellers Talking’ in the Cant language, which is spoken by the Irish Travelling community.

Riona Hughes, Societies Officer at NUI Galway said the university was delighted to make this addition to its roll of societies.

“We look forward to many collaborations and to support inclusion in third level and look forward to a productive year for the society. Congratulations to all the students involved in the initiative,” she added.

The society’s goals include increasing the number of people from the travelling community participating in higher education and making campus a welcoming space.

At present, just 1% of the travelling community hold a third-level qualification, with just 9% of Traveller children completing the Leaving Certificate compared to 86% of the settled population.

NUIG student Owen Ward said it is of “paramount importance” to build positive alliances and relationships between Traveller students and other students and staff at the university, and with the wider community.