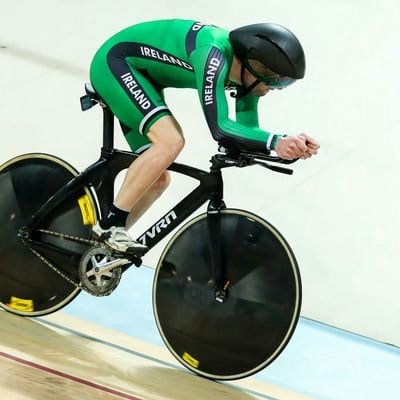 Athenry native Ronan Grimes has won a Silver medal at the Para-cycling World Championships in Apeldoorn.

In the time since, he has propelled himself to the front ranks of international para-cycling.

East Galway TD Ciaran Cannon said that Ronan’s win is a ‘tribute to his stamina and determination’.

Minister Cannon said: “Ronan has said himself that para-cycling wasn’t even something he considered because of physical constraints, yet he trained and he has succeeded and succeeded well.

“I wish Ronan well as he prepares for the next challenge in para-cycling and I have no doubt that whatever endeavour he takes up in that respect, he will accomplish it with aplomb and bring further honour and credit to the sport of cycling and to East Galway.

“I know too that this win will be an inspiration to aspiring athletes throughout the country and will spur them on in taking the next step in fulfilling their sporting ambitions.”