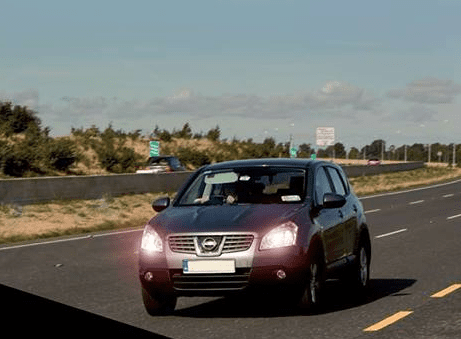 Galway city and county councils are asking hurling fans to “Shine a light on road safety & to reduce speed” on the roads this weekend.

Thousands of Galway fans are packing the roads between here and Thurles this afternoon for the All-Ireland Hurling semi-final replay between Galway and Clare.

In a road safety campaign, both councils are asking drivers to keep their headlights on and dipped and keep within the speed limit in a bid to reduce accidents and tackle concerns of speeding in local communities.

Road Safety Officer with the county council Deirdre Caufield said: “On the pitch, speed is a necessity – but excessive and inappropriate speed on the road is not ‘fair play’.

“Apart from the obvious risk of causing injury and death, it also creates distress amongst other road users leading to people feeling unsafe as they walk and cycle on our roads.”

“This is an opportunity to remind hurling fans about their road safety responsibilities – fans should ensure the enjoyment of the game isn’t followed by tragedy on the road.”

Galway city has been marred by a tragic week on the roads as several serious crashes left one man critically injured and another lost his life.

Briain Madden with the city council said that drivers should think about the impact that speeding can have as they pass through a community.

“Speeding traffic is a prime concern in many communities. We want motoring fans to think about their speed and how it might affect others as they pass through communities. Sometimes this might mean slowing down to a speed below that of the signed limit.”

Hurling fans are asked to make a choice every time they sit in the car this August bank holiday to use dipped headlights even in daylight to highlight road safety, and to not speed.