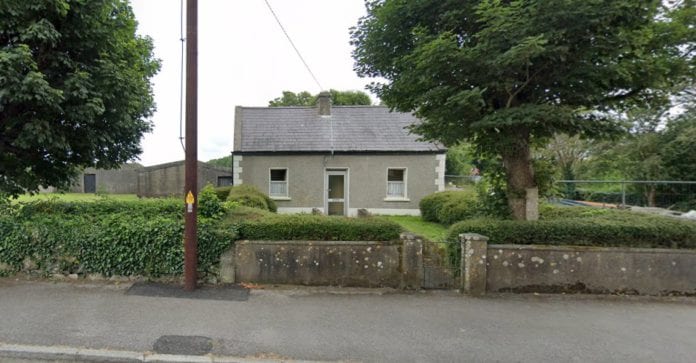 Planning permission is being sought to knock an empty cottage in Renmore and build a residential development with 19 houses and apartments in its place.

K King Construction has submitted plans for the demolition of a “disused cottage” and associated outbuildings at 78 Renmore Road, and building 3 two-storey, detached houses and a block of apartments on the 0.325ha site.

Other work on the site would include a bin store, secured cycle storage, children’s play area, communal open space and landscaping.

New pedestrian and vehicular entrances would be created onto the Renmore road, and the site would also have access to the adjacent park.

Access to Nolan Park would be via a “self-binding gravel path” from the main pedestrian access across a portion of the site zone Recreation Amenity, which makes up roughly one fifth of the plot.

The planning application states this development would result in a “net gain of new residential units on an under-utilised infill plot” within Galway City.

Under Part V planning requirements this development would require 2 units to be allocated for social or affordable housing.

However, as the K King Construction also built the 9 unit Dun na Mara development adjacent to this site, which did not qualify for a Part V requirement at the time due to its size, the developer has proposed to consider these two estates together and transfer three units to the city council’s ownership.

These would not be from these Renmore estates, but from Ti Choinin in Murrough and Gleann na Mona in Knocknacarra.

The development would include 22 parking spaces in total, one each for the apartments and two apiece for the three houses.

Galway City Council is due to make a decision on this planning application by August 26.