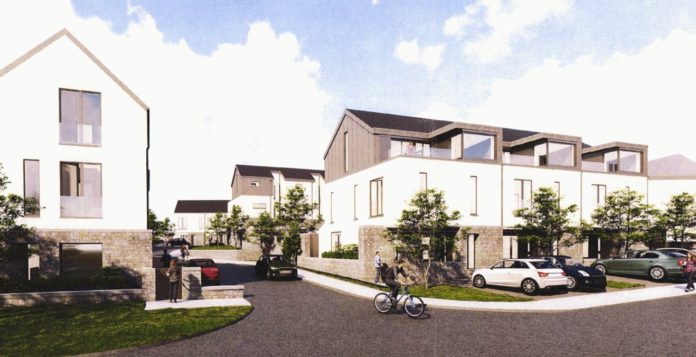 Planning permission is being sought for a housing development in Salthill consisting of 25 terraced and detached houses.

K King Construction is seeking approval from the city council for six blocks of terraced houses at Rockbarton Court, Salthill, as well as one detached house.

The narrow greenfield site is bounded by existing housing on either side in Rockbarton Court and Rockbarton Park.

The bulk of the terraced houses would be three storeys in height, but would also be reduced in height where they abut neighbouring properties to the west in order to deal with overlooking concerns.

Public open space would be primarily delivered via a green area towards the rear of the site, and 15 of the houses would have back gardens.

The developer is proposing that the estate would be served by 38 car parking spaces, and 18 bicycle spaces.

One objection has been received by the city council about this development, stating that it is out of character with the mature estate and its aging population.

Concerns were expressed that the proposed housing type would be used for Airbnb, and that Rockbarton Court would become a rat-run down to the Promenade.

Galway City Council is due to give a decision on granting planning permission for this housing development by November 14.