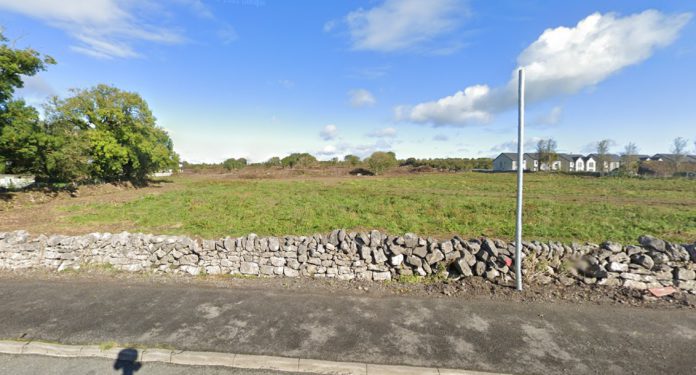 Galway County Council has refused planning permission for a residential development of over 100 houses and apartments in Oranmore.

Approval was sought by Corestone 16 Ltd to build a housing estate on a 3.1ha site on the Coast Road, Oranmore, next to the train station.

The original application made to the county council was for 91 homes, but this was increased in revised plans submitted after the council requested further information on multiple issues.

The council’s initial assessment had asked Corestone to consider a higher density development.

The plans also included the construction of a creche with an outdoor play area, which was to have the capacity to care for 41 children.

The council inspector’s report on the application stated that it seemed to have been “designed in isolation in a piecemeal and incoherent fashion”, without regard for the surrounding area.

There were strong public objections to the proposal, with nine submissions initially made to the council with multiple concerns, including one signed by eight local residents.

The county council refused planning permission for the development on three grounds, taking issue with its design and layout, lack of engagement with the wider Urban Framework Plan for the area, and concerns about social housing.

The “design, scale, and car dominated layout” of the development, in an area that is supposed to be focused on public transport, was not acceptable, the council said.

In addition, the decision also criticised the “poor quality public realm, quality of public and private open space, poor disposition, and inadequate and insufficient quality of residential amenity” in the plans.

The council also said that the proposal fails to take into account the wider Urban Framework Plan for the Garraun area, part of the new County Development Plan, and its objectives.

The final reason for the refusal was that the council was not satisfied that the applicant had made proposals that would satisfy their obligations towards the provision of social and affordable housing.