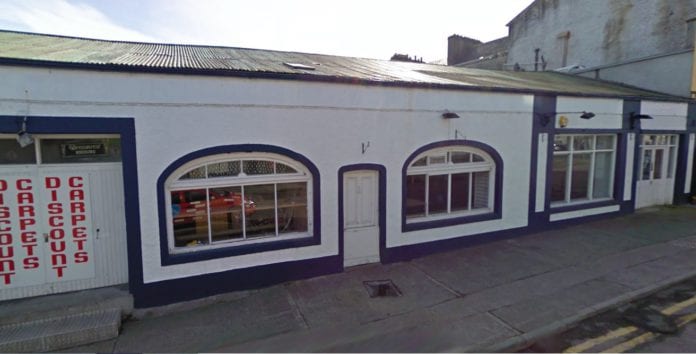 Planning permission is being sought to replace a vacant old building in Gort with new homes and shops.

A planning application has been made to Galway County Council to demolish a vacant building on Barrack Street, Gort and replace it with a new three-storey building.

This would contain two retail units and three studio apartments on the ground floor, and five townhouses on the first and second floors.

“The existing building on the site is an old single-storey structure with a galvanised roof,” the application states.

“It is a building that does little to enhance the streetscape, it is not in character with the surrounding developments and it is of no historical interest.”

The application also states that the building to be demolished is unoccupied, and had been for some time.

“It was formerly used as a second hand furniture shop. It has been empty for several years and has been deteriorating over that time.”

The design of the three storey building which is proposed to replace it has been “modelled loosely on that of a nearby 3-storey mill building, of similar height, proportions, and character.”

The total floor space of the new building will come to 559sqm with a plot ratio of 1.01:1.

The developer says that no parking has been included in the design due to the “constricted town centre site”, and because there is no parking associated with the existing development.

An Archaeological and Architectural Heritage Report was submitted with this planning application.

Galway County Council is due to make a decision on whether to grant planning permission for this development by August 24.

Plans for a large scale housing development outside of Barna are back before An Bord Pleanála, with planning permission sought for 121 homes.Burkeway Homes...
Read more
HOUSING

Plans submitted for 22 houses in Oughterard

Plans have been submitted to the county council for a residential estate in Oughterard consisting of 22 houses.Hyman Properties is seeking planning permission for...
Read more
Facebook
Twitter
Pinterest
WhatsApp