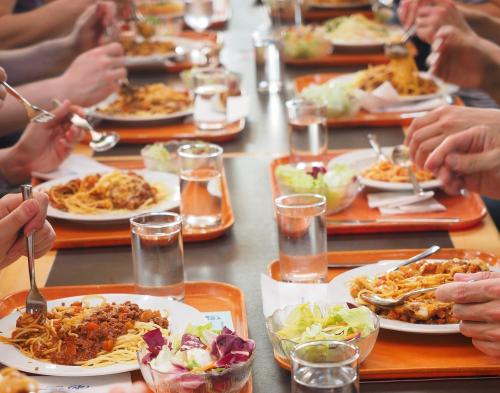 Students at three primary schools in Galway city and county will be getting hot school meals starting from September in a new pilot programme.

The pilot project announced was announced this week by the Department of Employment Affairs and Social Protection after a previous commitment made at Budget 2019.

It builds on a proof-of-concept project which has been running at Our Lady of Lourdes National School in Goldenbridge, Inchicore, Dublin 8 since the beginning of the year.

During this initial trial, almost 250 pupils attending the school received a hot meal at lunchtime each day, and the initiative has been well received.

This school will continue in the scheme along with the 36 new schools that have been selected for the pilot project today.

Minister Regina Doherty said of the project that “A hot school meal is not just about nutrition but it also guarantees a better education.”

“The research out there shows us that children who benefit from a daily nutritious hot dinner have greater focus and better learning outcomes,” Minister Doherty said, adding that she wanted to thank all the schools which applied to the pilot programme.

“I am delighted to be extending this pilot to the 36 schools announced today. They represent a good cross sample of schools and I look forward to the insights we gather from their experiences.”

The Department said that the 36 schools were chosen based on criteria including their size, rural and urban locations, and DEIS and non-DEIS status in order to ensure a broad sample of different schools for the project.

Funding will be provided to schools to source suppliers and families will not be asked for additional contributions towards the meals.

Each primary school participating in the pilot project will be expected to provide a menu choice of at least two different meals per day plus a Vegetarian/Vegan choice and an option that caters for students’ religious and cultural dietary requirements.