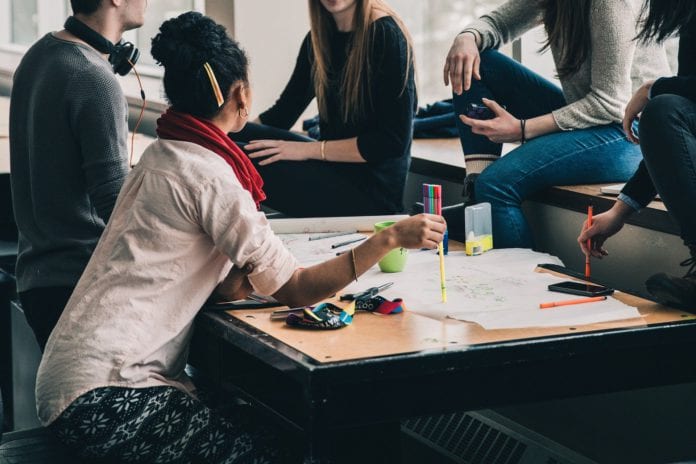 A high percentage of college students in the Republic of Ireland have experienced sexual violence, according to the findings of a major national survey into sexual experiences among third level students.

Twenty-nine percent of the women who took part in the survey reported “non-consensual penetration by incapacitation, force, or threat of force”, during their time at college.

The survey showed that 10% of men and 28% of non-binary students also experienced rape.

It was carried out by NUI Galway’s Active Consent Programme in partnership with the Union of Students in Ireland.

Just over half of first year students reported experiencing sexual harassment in the form of some form of sexual hostility since beginning college. This rose to 62% for second year students, and 66% for undergraduate students in third year or higher.

Sexist hostility was the most common form of harassment experienced by all student groups, ranging from 46% of Asian students to 70% of white Irish students.

Students identifying as Asian or Asian Irish consistently reported the lowest rates of sexual misconduct and sexual harassment. Students from other White backgrounds, Black or Black Irish backgrounds and other backgrounds reported similar rates across most items.

Over half of students with a disability reported an experience of sexual misconduct by any tactic (56%), compared with 42% of other students.

Over 40% of students said they had a high level of awareness of four services that respond to students affected by misconduct – the Counselling Service, Student Services, the Health Unit, and Students’ Union Welfare Officer.

Those undergraduate students who had attended workshops, events, and talks related to sexual conduct consistently reported higher awareness of supports and services compared with students who had no exposure to consent education of this kind.

The Sexual Experiences Survey collected online survey responses from students across 21 third level campuses across the Republic of Ireland, mainly from 14 colleges where all students were emailed before COVID-19 lockdown.

USI Vice-President for Welfare, Róisín O’Donovan said: “The USI was really pleased to partner with NUI Galway Active* Consent on the Sexual Experiences Survey to address some of the gaps in our knowledge around student perceptions and practices regarding sexual consent and misconduct.

“The fact that this survey received 6,000 responses shows this remains a huge issue among students, and we now have a lot of up-to-date information on students’ experiences.

“The last big survey like this we were involved in was the USI ‘Say Something’ survey back in 2013, so it was important we updated our knowledge.

“While a lot of work has been done in raising awareness of issues around consent, this research shows a gap in knowledge of how to report and what happens and should happen when a student makes a disclosure or report.

“In the survey just over 70 per cent of respondents who experienced sexual misconduct said they don’t understand what happens when a student reports an incident to their college, while only 16 per cent, again who had an experience, said they had received information on where to get help from their institution and only just under 10 per cent said they knew how to report an incident.

“These are areas that can be addressed very quickly by Higher Institutions and that needs to be one of the on-campus actions taken as a result of these survey findings.”

Dr Pádraig MacNeela, Senior Lecturer in Psychology in NUI Galway, report co-author and Active* Consent programme leader, said that the survey findings provide a ‘stark depiction’ of the experiences that many students have had.

“Over 1,000 of the female students who took part in the survey described incidents that correspond to rape, while one quarter of male students said they had been subject to sexual misconduct during their time in college.

“The survey findings also reveal positives about our campus climate. Most students took part in events, workshops, or other initiatives designed to prevent sexual misconduct. Those who took part were a lot more likely to be aware of supports and services.

“A majority of students agreed that their peers would be supportive if they were to disclose experiences of sexual misconduct, and trusted their college to be fair in how they deal with reports of sexual violence. These are positives, but students who had experienced sexual misconduct tended to be less trusting of the college or to expect their peers to be supportive.”

Dr Lorraine Burke, NUI Galway Post-Doctoral Researcher, report co-author, said: “The SES survey shows there is a gap that our colleges need to make up in order to respond to students’ needs.

“Not only the needs of the large percentage of students who are directly affected by sexual misconduct and harassment, but also their peers – the people they are most likely to share these experiences with and who will be best placed as active bystanders to intervene to prevent future incidents.

“Fortunately, the Department of Education and Skills supports the Consent Framework launched in 2019, which is one of the most progressive policies that there is internationally.

“Thanks to these efforts of Minister for Higher Education Mary Mitchell O’Connor, Ireland has the opportunity to take a stand on sexual violence and harassment, to make a difference in the lives of students, and to be a best practice role model for the rest of our society.”