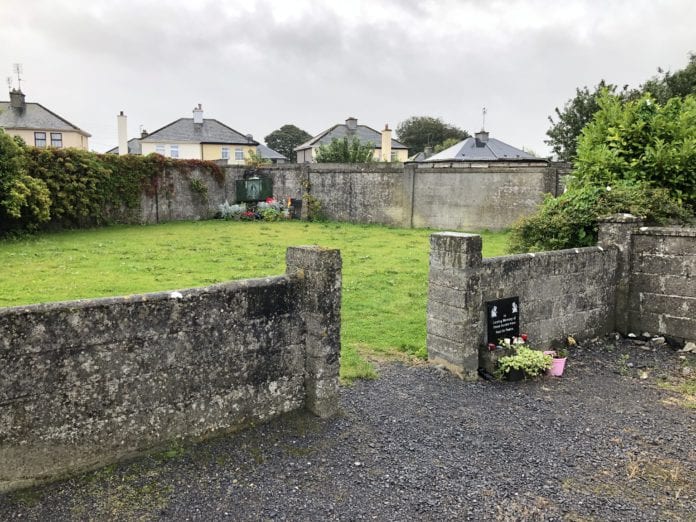 The Oireachtas Committee discussing the bill allowing for the potential exhumation of people buried at sites like mother and baby homes has heard harsh criticism from all corners today.

The Oireachtas Committee on children, disability, and equality is meeting today to discuss the Certain Institutional Burials (Authorised Interventions) Bill, and has heard from a wide range of human rights experts and people with a deep connection to the atrocities at Mother and Baby Homes.

Heavy criticism has been levelled at the bill for potentially blocking investigations at sites, and stripping coroners of the power to hold inquests to investigate deaths.

Dr Maeve O’Rourke of the Irish Centre for Human Rights at NUI Galway told the committee that the bill implies that families of mothers and infants who died at a Mother and Baby Home will be forced into a circumstance where they could lose their rights.

They will be “compelled to make a choice” between exhumation and identification of their relatives remains, followed by their being reinterred, or the coroner retaining the power to hold an inquest into a person’s identity and the circumstances of their death.

She said that such an inquest is a statutory requirement where the coroner suspects that a death may have occurred in a “violent or unnatural manner, suddenly and from unknown causes, or in a location or circumstances that require an inquest”, and is already allowed for under existing legislation.

“The crucial questions to be answered are why no inquests into the deaths in mother and baby institutions or county homes have been held and why the general scheme of the Bill proposes to disapply the coroner’s existing mandatory jurisdiction.”

The bill would allow for the creation of an “agency” to potentially authorise interventions at sites where “manifestly inappropriate burials” have taken place in association with institutes “operated by or on behalf of the State or in respect of which the State had clear
regulatory or supervisory responsibilities”.

The bill also stipulates that the coroner “shall not have jurisdiction” in respect of any bodies exhumed from a site where work is being undertaken by said agency.

Dr O’Rourke also said that Ireland has an obligation under the European Convention of Human Rights to investigate the circumstances of deaths at Mother and Baby Homes.

“The mother and baby institutions were the responsibility of the State. They were either directly State managed or there was extensive State involvement in their operation through funding, regulation and inspection.”

“Article 2 of the European Convention on Human Rights applies, requiring an effective investigation wherever a person dies in circumstances engaging State responsibility, not least in the context of inhumane treatment.”

Dr O’Rourke said that the coroners system in Ireland needs to be overhauled, and that any reform should prioritise deaths in mother and baby homes and other institutes such as magdalene laundries and industrial schools.

Evidence was also given by local historian Catherine Corless to the committee today, saying that DNA testing of remains from the site is “crucial and quite possible”, as the fifth interim report stated that children’s remains at the Tuam Mother and Baby Home remain in good condition.

“DNA testing should also search for signs of starvation, evidence of which is to be found in the death reports, injury and malpractice. A DNA database should be set up as soon as possible for families who wish to give their DNA in the hopes of retrieving their babies’ remains.”

Ms Susan Lohan, co-founder of the Adoption Rights Alliance said that there are “huge problems” with the bill as it is, noting that it gives the government the power not to intervene at sites.

“It has a five-criteria test for whether an intervention should proceed. We are concerned that the Government can unilaterally decide to memorialise a particular site, rather than to intervene and investigate any remains.”

She said that the lack of local coroners is a “misstep”, and that either the coroners system should be made a part of this bill, or that the Coroners Acts could be amended to give coroners the powers contained in it.

“The suggested provisions on sealing data that emerges from the investigations into these burials is anathema to us.”

Susan Lohan said that families need to be kept informed at all stages of any investigation taking place at a site, rather than progress reports just going to the relevant Ministers.