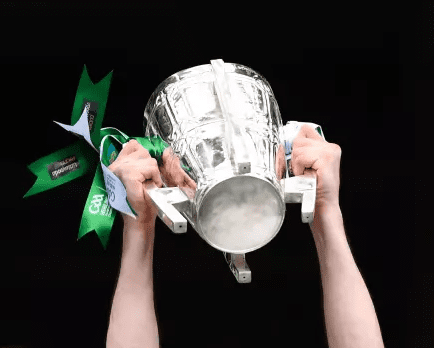 In a closely fought match, Limerick have beaten Galway to put an end to their 45 year dry streak and claim the title of  All-Ireland Hurling champions.

It’s a disappointing day for Galway fans who hoped to win back-to-back titles, but congratulations must be given to Limerick who played a hell of a game, dominating the field for much of the match.

They came out of the gate strong, putting three points over the bar in the first five minutes of play. But Galway fought hard to even the gap with Joe Canning alone scoring three points by the 15 minute mark.

By half time Limerick were in a good position, leading Galway 1-10 to 0-9 and controlling much of the play.

They kept up the pace scoring another goal and five points while Galway struggled to keep up with four points of their own.

But in the last ten odd minutes of extra time the Tribesmen launched a furious counterattack that included scoring two goals of their own from Canning and Conor Wheelan, bringing the score to within a single point.

Nails were chewed down to their beds as Joe Canning lined up to take a free from within the Galway side in the final minute of play.

But it was not to be. The ball fell short and the final whistle blew, with Limerick carrying the day.

After 45 years of waiting for this day there’s sure to be much well-earned celebration from hurling fans in Limerick tonight.

Meanwhile the Tribesman will be coming home tomorrow where they’ll be met first at the Fairgreen in Ballinasloe by the county council, and later that evening fans will be waiting to greet the team at Pearse Stadium.

It was a hard fought season, and they did everyone proud.

And lets not forget the minors who defended their title earlier today, The cheers will be loud and proud for the reigning champions.