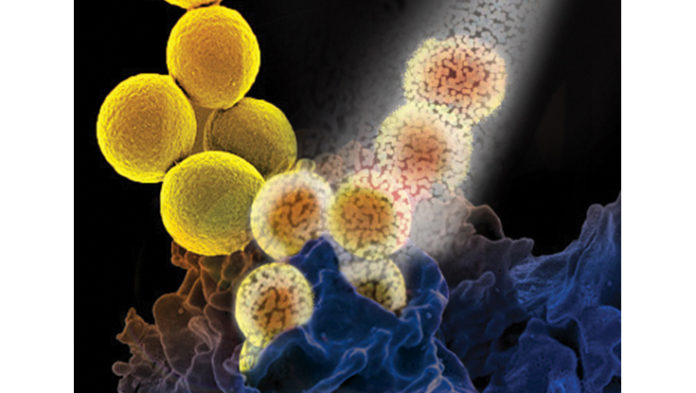 The microbiology research team, discovered that when a gene called sucC in MRSA is mutated it leads to further change in the bacteria which makes it sensitive to antibiotics once again.

Dr Chris Campbell, co-author of the study, said that a mutation in the way in which the superbug uses glucose to grow had the unexpected effect of switching off its resistance to antibiotics.

The mutation in the sucC gene results in a buildup of a molecule called succinyl-CoA, which causes the cascading effect in the bacteria.

Co-author Claire Fingleton added that if medications could be developed that help increase the level of succinyl-CoA in MRSA, it opens up possibility in treating these infections.

“It would mean that penicillin-type antibiotics, which are currently ineffective for MRSA infections, could become successful once more in treating this superbug.”

Finding ways to make MRSA sensitive to penicillin-type antibiotics again is a high priority in addressing the antimicrobial resistance crisis, as medical systems around the world have become increasingly concerned about bacteria that are resistant to almost all modern antibiotics.

Professor Jim O’Gara of NUIG said “Most people have been prescribed penicillin-type antibiotics at one time or another for the treatment of a bacterial infection.”

“Ensuring that this class of antibiotics remains part of our arsenal of drugs against bacterial infections is imperative.”

By 2050, infections from bacteria resistant to antibiotics are expected to be responsible for more deaths than cancer.

In the US, MRSA ranks as the sixth most common cause of bacterial infection and number one in terms of mortality.

Understanding why MRSA and other pathogens are resistant to antibiotics is an essential prerequisite to finding better therapeutic approaches for antimicrobial resistance infections.