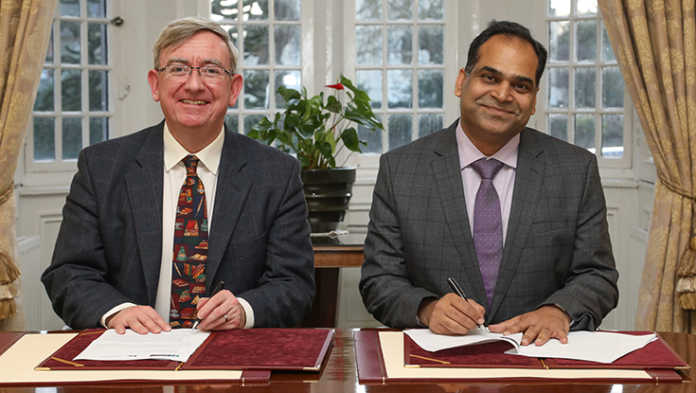 The trial is for patients suffering from a form of heart disease called three vessel disease, the most severe form of coronary artery disease.

It is currently running at 50 centres in eight countries across Europe, and involves 1,550 patients with three-vessel coronary artery disease.

University Hospital Galway is the first European site that has start enrolling patients in the trial. So far four patients have been successfully treated.

The trial will run over several years and the research team will periodically assess participating patients’ progress.

Eligible patients from the west of Ireland with three vessel disease who have not previously had by-pass surgery will be offered the opportunity to participate in the trial.

Professor Faisal Sharif of NUIG, also a consultant cardiologist at UHG, is the lead investigator for the trial in Ireland. He said that “As well as it being the most severe form of coronary artery disease, three vessel disease is increasingly an issue for younger people.”

“Coronary heart disease means that the blood supply to heart muscle is reduced or blocked due to build-up of fatty tissue, which is known as atherosclerosis.”

“There are many risk factors for this condition but unhealthy lifestyle plays a critical role in its progression,” Prof Sharif warned.

While the use of stents has made “great progress” in treating this condition overall, this trial is meant assess a new generation of stents, and how they can help “high risk” patients.

Sahajanand Medical Technologies is an Indian medtech company which bases its European operations in Galway, where it has a Research and Development Centre at Galway Technology Park.

Professor Timothy O’Brien, Dean of the College of Medicine, said that this trial shows the role NUIG plays in the medtech sector, both in Ireland and internationally.

“It marks a momentous recognition of the excellence of research and development and clinical trial activities here in the University,” he added.

The Irish trial is co-chaired by CORRIB Research Center for Advanced Imaging and Core Laboratory at NUI Galway.

Prof Yoshi Onuma, medical director at the CORRIB centre, said “The hope is that this trial will simplify the treatment for patients with three vessel disease undergoing coronary angioplasty, a non-surgical procedure used to treat narrowing of the coronary arteries of the heart.”