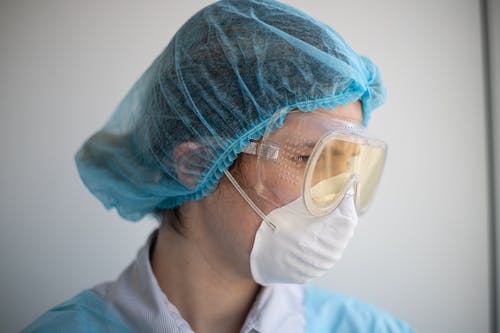 The majority of nurses and midwives with childcare needs are using up annual leave to care for their children, an INMO survey has revealed.

Over 1,800 INMO members with childcare needs responded to the union’s survey, which found that 62% have taken annual leave to care for children, while 10% are using grandparents as a means of childcare.

The survey also found that a substantial minority (22%) were using paid childminders, with the majority paying over €100 per week above the usual amount, so that they could attend work.

Sixty-nine percent did not have a partner available to provide childcare – often because they are a single parent, or their partner is another essential worker.

When asked what form they would like childcare assistance to take in the coming months, the most popular solution among respondents was to allow parents to source their own childcare and be reimbursed by the employer.

One community nurse who responded to the survey said that she and her garda husband, who are parents to three school-going children, have experienced immense stress.

“I don’t really want to hear the government thanking us and calling us heroes,” she said.

“They have neglected this huge issue we need help now with childcare now – financial assistance specifically.

“This is not going to change in the next coming months. The problem will remain if the schools only open part-time. This issue has been handled disgracefully.”

The survey’s results are being presented to the Oireachtas Special Committee on Covid-19 Response today where the INMO will call for the committee to recommend a range of measures.

These including the reimbursement of any additional childcare costs incurred during COVID-19, and compensation for annual leave used to care for children.

The organisation wants to see a scheme to pay healthcare workers for any childcare they source themselves and priority access for nurses and midwives in access to preschools, creches, and childminding.

The union will also set out its concerns on international recruitment, and discuss the many representations it made to government on the childcare issue without resolution.

INMO General Secretary, Phil Ní Sheaghdha, said that there has rightly been applause and praise for frontline healthcare workers over the past three months.

“Yet when the applause dies down, many will be left out of pocket and without any leave. Our members say they feel abandoned.

“We have long sought a solution to the childcare problem facing our members. They want to do their jobs, while also knowing that their children are being looked after. This is not an unreasonable demand.

“Nobody doubts that childcare in a pandemic is a difficult issue, but so far that difficulty has landed on those who are taking the greatest risks during the pandemic.

“One in ten COVID cases in this country are nurses. We must support them better.”

INMO President, Martina Harkin-Kelly, said, “Our nursing and midwifery members feel let down as parents. There has been an abject failure to provide adequate childcare support.  Our members want to do their jobs as professionals without impediment.

“The INMO’s Executive Council’s view is that this remains a critical issue for our members. A solution must be found quickly to ensure continuity of safe patient care.”