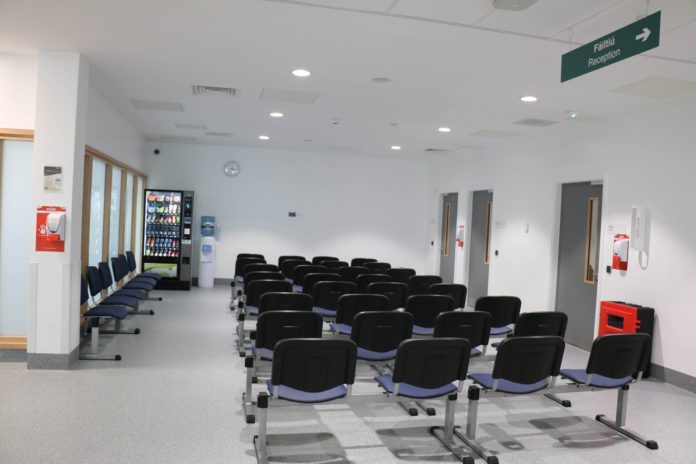 The Emergency Department at UHG is moving to its new temporary location this weekend.

On Saturday and Sunday staff will be relocating to an Emergency Department at the front of the hospital which will result in some disruption for patients.

The hospital has apologised in advance for the additional delays which will be experienced by patients and their families during the move.

In order to minimise the impact of the switch, they have requested that people only attend the Emergency Department at the hospital if it is an emergency situation from Saturday.

Chris Kane, General Manager, Galway University Hospitals, said the ED move has been planned to minimise the impact on patients as far as possible.

But she said it is inevitable that there will be some disruption as it is a 24/7 service which does not have a downtime that would allow them to cease the service for the duration of the move.

“We would like to give advance warning to the public that they will experience delays this weekend.

“We are trying to minimise attendance at the Emergency Department from this Friday 07 October to Monday October 10 to allow the move with least impact on the service.

“We are asking people if at all possible to attend their GP service in the first instance. The Roscommon Injury Unit is also open from 8am to 8pm to treat a range of injuries in both adults and children over five years of age.”

These will free up the footprint to construct a new multi-storey hospital development encompassing a new Emergency Department and Women’s and Children’s Department.

“We urgently need a new Emergency Department with the capacity to support the needs of the population in the West.

“University Hospital Galway, which was constructed in the 1950s, is the only Model 4 hospital in the Saolta Group and provides secondary care to Galway City, county and surrounds (346,000 population catchment) and tertiary care for the 800,000+ population across the region.

“Our current ED service is not resourced for the increased population and the changing demographics with growing levels of attendance by those aged 75 and over, which is a trend that will continue.”