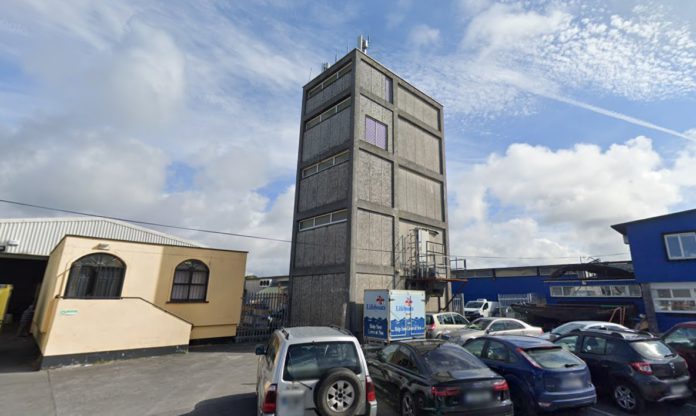 Galway Harbour Company has been given approval for the demolition of large parts of a building by the docks deemed to be in unsafe condition.

Planning permission has been granted by the city council to demolition the top four storeys of the old Ice House building, while keeping the ground floor.

The five storey building was constructed in the 1960s, and used to serve as an ice making plant, but is no longer in use.

The ground floor is being retained and upgraded due to the presence of an ESB substation on site. A temporary substation will operate while demolition is taking place.

This demolition is being undertaken due to a survey of the building carried out by Tobin Engineers last May.

It found that the building was in poor structural condition internally, and though the building is not publicly accessible, the Harbour Company decided to proceed with plans to knock much of it as a matter of public safety,

Planning permission was granted by the city council with five conditions attached.

One of these requires the Harbour Company to submit details of flood protection measures for the ground floor ESB substation.