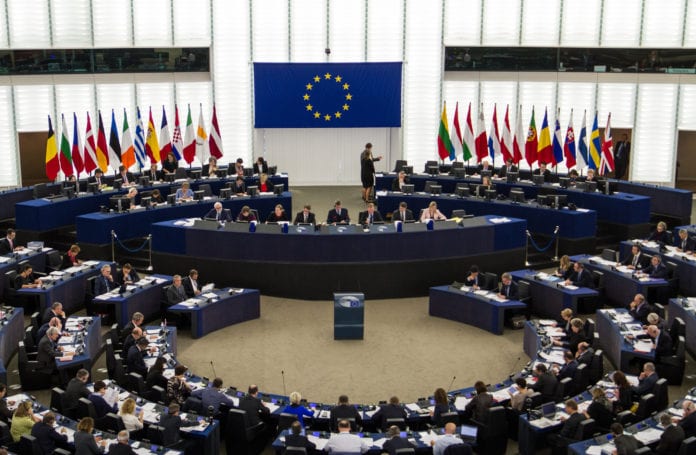 Midlands North West MEP Matt Carthy has called on the Irish Government to clarify whether it is blocking a key EU proposal on tax transparency from proceeding.

The Sinn Féin MEP made the comments in advance of a parliamentary debate in Strasbourg, where MEPs questioned the Council on who is blocking progress on country-by-country reporting.

He said that Fine Gael need to explain if their representatives are indeed blocking this proposal in the Council and, if so, why.

Carthy said: “MEPs are furious that the report we adopted last July on public country-by-country reporting on income for the largest multinationals is now stalled in the Council, where it is reported that certain Member States are disputing that there is even a legal basis to proceed with the proposal.

“The argument that has been reported – that the initiative relates to taxation and not to company accounting and should therefore be decided by unanimity – is the exact argument that the Irish government used when examining this proposal in the Oireachtas.

“Public country-by-country reporting means that multinational corporations would be required to publicly report their turnover, profits and tax paid in each country in which they operate.

“This measure is not directly related to taxation but rather to company accounting and reporting. Public country-by-country reporting is not a measure that would impose any restrictions on what corporations can and cannot do, but it is a measure that would lift the veil on their global activities.

“The public aspect is what the Fine Gael government is objecting to. The Irish Government has introduced country-by-country reporting for companies with a turnover of more than €750 million in line with the OECD BEPS recommendation.

“But it has not introduced the requirement that the reporting be made public, and Irish government representatives had previously publicly made it clear that they would oppose the financial data being made public in the Council.

“There is no evidence to support the argument that public CBCR will impact on the competitiveness of EU-based companies. It has already been introduced for the largest banks and extractive industries in the EU, and these industries have not reported any reduction in their competitiveness.

“There has, however, been increased public scrutiny of tax dodging. For example, using the public figures from 2015 from the banking sector, Oxfam recently found irrefutable evidence that the Irish state was being used to facilitate massive tax avoidance in the financial sector. Five of the biggest banks reported profits in Ireland of more than 100 per cent of their turnover, something that can only be achieved through blatant profit-shifting.

“Maximum EU and international transparency on tax is not a threat to tax sovereignty. There is absolutely no justification whatsoever for the Irish government, or any government, to oppose public country-by-country reporting.

“The only people with anything to fear from tax transparency are tax cheats, and their cheerleaders.”