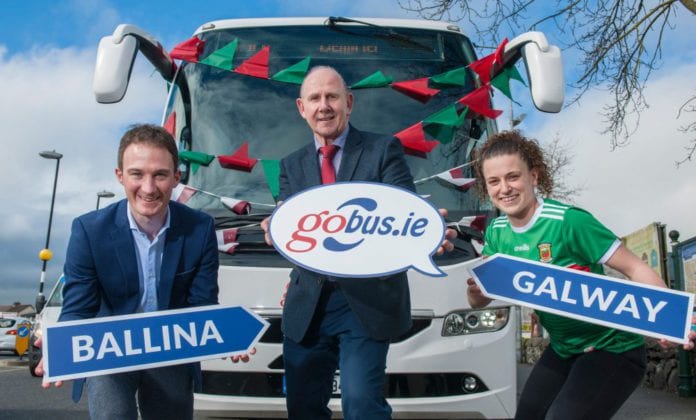 GoBus is celebrating its tenth year in business with the opening if its first multi-stop regional route from Galway to Ballina.

The Galway Regional Connect Route is commencing on April 1 (no, this is not a prank), as the product of a €1 million euro investment by GoBus.

The new route will connect residents of Ballina, Co. Mayo to Galway city, with stops at Castlebar, Claremorris, and Tuam.

A single ticket for the new route will be €5 payable directly to the bus driver.

Departures from Galway city will run from 8:25am to 7:25pm daily, five time a day, with stops in the city at NUIG, the city centre, and GMIT.

Pick up point in Ballina is at Humbert Street with five daily departures between 5:10am to 4:10pm. 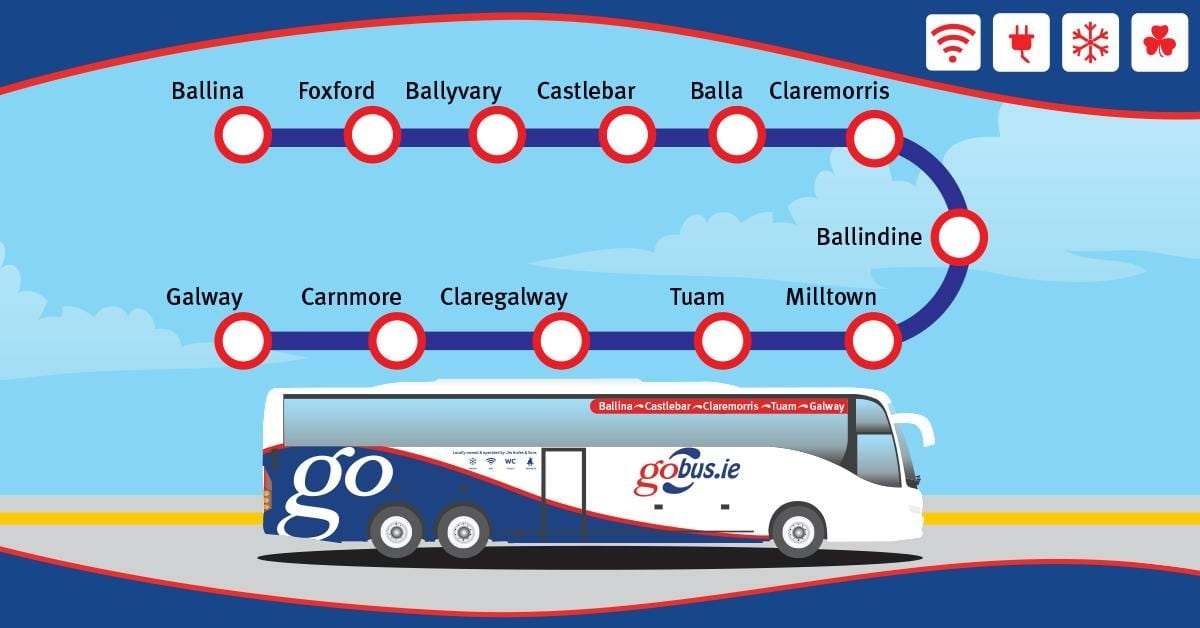 Creating ten new jobs in Ballina, the route will be managed by Mayo native Alan Fitzgerald who has worked with the company in the past.

An award winning Galway business, GoBus was founded by Corofin businessman Jim Burke who has kept the reins of the company in the ten years since.

He runs it with the help of his three sons Corofin; Dara, Transport Manager, Donal, Fleet Manager and Cian as Depot Supervisor.

GoBus has made a name for itself for the non-stop intercity routes connecting Galway and Cork with Dublin city and Airport.

Known for being comfortable and affordable with on-board wifi and sockets and flexible booking services the service has been a hit with travelers.

“After 10 successful years of Non Stop coach transfers between Galway and Dublin, we are now delighted to expand our services and make a significant €1m investment Regionally and delighted that our first route connects Ballina, Mayo and Galway city,” Jim Burke said.

The regional investment builds on the team of 60 at GoBus, providing a regional service for those attending college, university, hospital appointments in either Mayo or Galway, or wishing to travel to Dublin or Internationally.