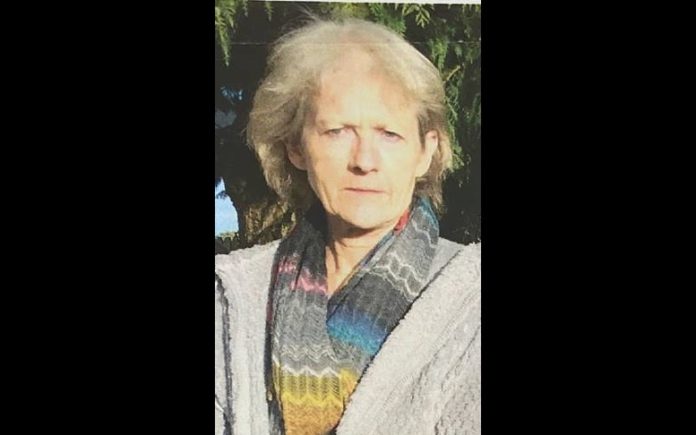 Gardaí are appealing for the public’s help in locating a missing 67 year old woman who may be in the Mountbellew area of Galway.

Bernadette Loughlin (67), has been missing from Castlebar, Co. Mayo since Wednesday, June 22.

Bernadette is described as being 5’ 5”, of a slim build, with long grey shoulder length hair and blue eyes.

When last seen, Bernadette was wearing a greenish kaki coloured coat with hood, blue jeans and a multi coloured scarf.

She had two suite cases in her possession, one large grey hard coated type, and one smaller one. She was also carrying a greenish rug sack.

Gardaí say that she may have since travelled to Galway, particularly the Mountbellew area.

Gardaí and Bernadette’s family are concerned for her welfare.

Anyone with information on Bernadette’s whereabouts are asked to contact Castlebar Garda Station on 094 903 8200, the Garda Confidential Line on 1800 666 111, or any Garda Station.