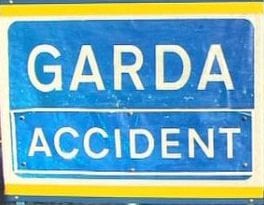 Gardaí have dealt with a crash on the M6 between Junction 16 Loughrea and Junction 17 Athenry.

Traffic on the motorway was disrupted for a period as Gardaí attended the scene of the second crash on Galway motorways today.

This morning, the M18 was closed both ways after four cars were involved in a collision on the motorway at approximately 10:30am.

Gardai and recovery services have since cleared the scenes of both incidents.

Nobody was reported injured in the crash earlier today.