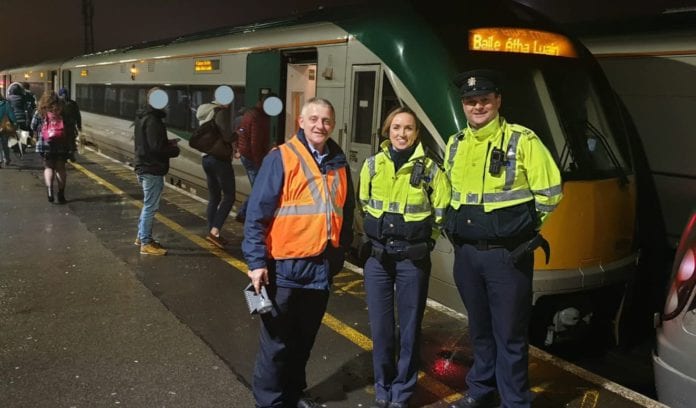 Gardaí have launched a new initiative meant to curb anti-social behaviour on railways with additional policing at stations and on trains.

Pictured are local officers Garda Maria Freely and Garda Rodgers with Irish Rail staff at Ceannt Station for the launch of this initiative.

Last month a train travelling from Dublin to Galway was forced to make an unscheduled stop at Kildare while gardaí were called to an incident on board.

To prevent incidents like this in the future gardaí will be patrolling train stations, as well as travelling between stations to provide a presence on the trains themselves.