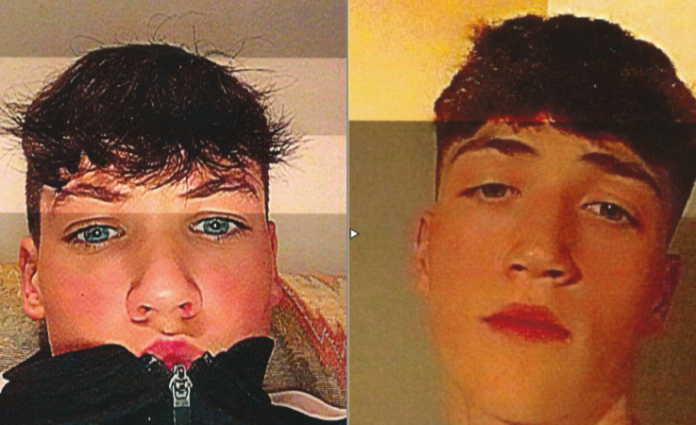 Gardaí have appealed to the public to help locate two brothers, Patrick O’Brien (15) and John Brooklyn O’Brien (16), who are missing from their home in County Offaly.

Both teenagers left their home in Birr at around 5pm on Sunday afternoon, 27 March.

Patrick is described as being 5’ 11” in height, of medium build with short brown hair and brown eyes.

When Patrick was last seen he was wearing a black tracksuit top and tracksuit bottoms and black Nike runners.

John Brooklyn is described as being 6′ 2″ in height, of medium build and has black hair and brown eyes.

It is believed that the boys may be in the areas of Edenderry or Carbury. Gardaí and Patrick and John Brooklyn’s family are concerned for their welfare.