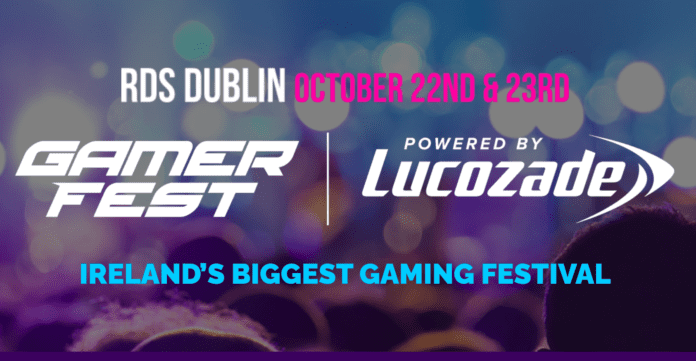 John and Brenda were chosen as recipients for the award for their success in the game development world and their work supporting gaming related projects and initiatives in Ireland.

The husband-and-wife duo, originally from the US, decided to move to Galway permanently in 2014 and founded Romero Games.

Brenda Romero is a BAFTA award-winning game director, entrepreneur, artist and is currently game director and creator of the Empire of Sin franchise.

She has worked on 50 games and contributed to many titles, including the well-loved Wizardry video game and the Jagged Alliance series.

John Romero is an award-winning game designer, level designer and programmer who has worked on over 130 games including Wolfenstein 3D and DOOM.

This move has transformed the gaming industry in Ireland by offering career opportunities in the sector and contributing to the overall growth of gaming in Ireland.

GamerFest takes place in Dublin’s RDS on October 22 and 23 and promises to be a jam-packed weekend of all things gaming including the latest games, esports, VR, special guests and live stage content.

Over 5,000 gamers will gather to celebrate the weekend for the first time since Covid in the RDS.

As well as Brenda and John Romero, content creators DeeBeeGeek, Antitinkerbell, Jamie Jay Car, The Gara Show and Miss Audrey will be special guests at GamerFest.

GamerFest CEO Stuart Dempsey said that John and Brenda are absolute giants of the gaming world, and they are incredibly excited to welcome them to GamerFest this year.

He said that they couldn’t think of anyone more deserving of the inaugural GamerFest Lifetime Achievement Award.

“Since arriving in Ireland and establishing Romero Games, they have been wonderful supporters of the gaming community here, regularly making time in their busy schedules to support a huge array of gaming projects and initiatives.

“It’s fitting that they be honoured this way and we can’t wait to see them on the GamerFest Live Stage.”