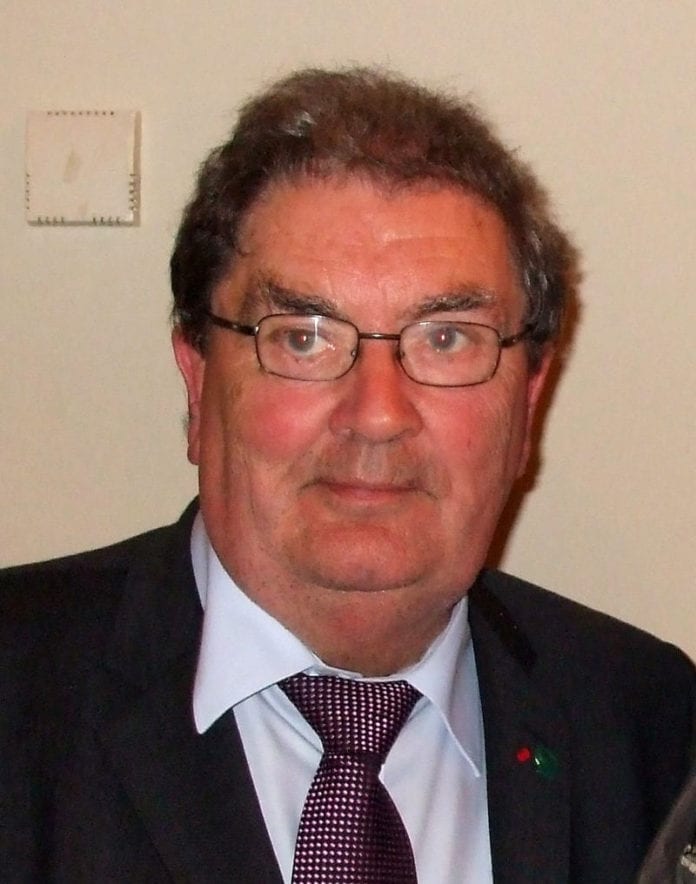 Tributes have flooded in from across the world for former SDLP leader and Nobel laureate John Hume, who has died at the age of 83.

Born in Co Derry in 1937, Hume was regarded as one of the key architects of the peace process. In 1998, he won the Nobel Peace Prize for his efforts to end violence in the North.

At a time when statues are under threat around the world, John Hume deserves one more than anyone. Had pleasure of speaking alongside him in 2008 at an event in Oughterard, an Irish hero. May he rest in peace. https://t.co/kL5W9huhnS

Well said @brianconey…As someone who grew up in a peaceful part of the island Ill never truly understand the suffering of the troubles. I remember wearing a white ribbon on my coat as a child. I remember the peace marches in Galway. I remember John Hume was a hero. https://t.co/nrj69h7AoT

RIP John Hume. He was instrumental in bringing peace to the island of Ireland. Building relationships and working together for the greater good was his way of making this happen. RIP 🙏🏼 pic.twitter.com/yPCcx8ggfc

RIP John Hume. He was an extraordinary man who changed Ireland for the better. 💜💜💜

Ar dheis Dé go raibh anam John Hume. It was our pleasure to present Maurice Fitzpatrick’s documentary on Hume at the 2017 Galway Film Fleadh. In the Name of Peace: John Hume in America will be shown tonight at 9:35pm on @RTEOne. https://t.co/Yh5IDUCFqe

John Hume showed us what greatness really is. An unrelenting determination to secure the rights of others and peace for all.https://t.co/iWXbFhsIYT

A giant has left us. RIP John Hume. https://t.co/xW3OzHbuvK