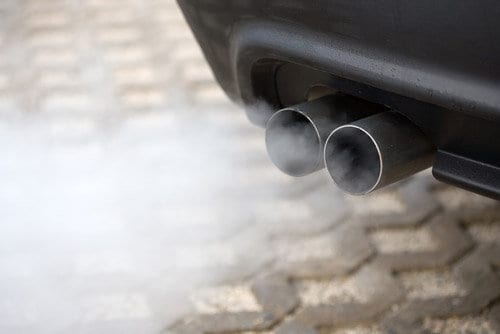 As a city packed with cars and other vehicles every day, any measuring of the air quality in Galway is sure to find unsafe levels of air pollution.

That’s the view of Galway East TD Anne Rabbitte who said that any air quality strategy to combat air pollution should include Galway City to ensure it meets EPA standards.

This comes as the EPA has issued a warning this week that the Nitrogen Dioxide (NO2) levels in parts of Dublin have exceeded EU limits for the airborne pollutant.

NO2 emissions are is strongly connected to traffic levels, as one of the main sources of the pollutant is engines burning fossil fuels.

“Thanks to the EPA’s immediate alert, we have an insight into the damaging levels of air pollution in Dublin,” Anne Rabbitte said.

“Traffic volumes are only going one way and these disturbing findings are likely to be replicated in other cities.”

“In Galway, a city full of cars and other vehicles, I am certain we will have similar levels of air pollution.”

When issuing its warning in Dublin, the EPA said that if these levels stay above EU limits then the local councils will have to prepare air quality plans.

Ciara McMahon, the EPA’s Programme Manager said that a coordinated approach involving the government, local authorities, transport authorities, the EPA itself and the HSE is needed to tackle this problem and health issues that might arise from it.

Deputy Rabbitte said that the government should act to enable other local authorities to better monitor any potential air pollution.

“The government needs to immediately equip local authorities with the necessary equipment to monitor air quality so that people are aware of the pollution levels in their areas.”

“In a city so dependent on tourism it is vital we are not destroyed by air pollution and risk that industry’s viability.”

The Fianna Fáil TD said that the government must act immediately to publish a Clean Air Strategy.

Minister for Transport, Sport and Tourism Shane Ross, and Minister for Communications, Climate Action and the Environment Richard Bruton said that many transport related actions recommended by the EPA are contained in the Climate Action Plan.