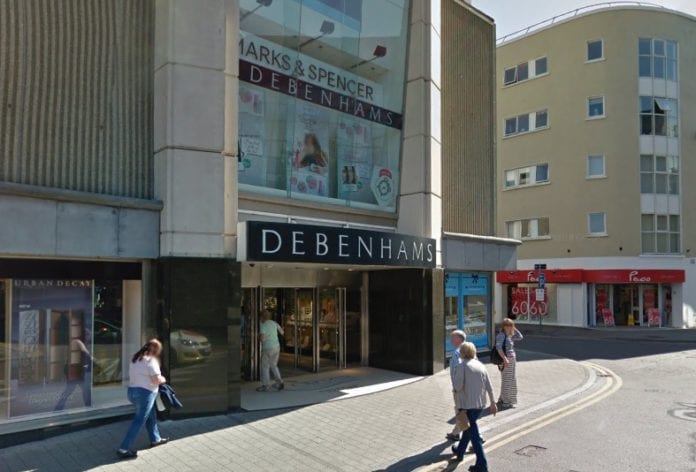 The Galway Trades Council has thrown its support behind Debenhams workers who are continuing to strike in search of fair redundancy.

Former employees at Debenhams have been picketing the store in Galway, and branches around Ireland, since the UK chain announced that it would be closing its Irish branches in April.

Liquidators recently withdrew their redundancy settlement offer, which would have made €1 million on top of statutory funds available to workers.

The Galway Trades Council has pledged its support to the national campaign to secure urgent legislation to resolve the Debenhams dispute and ensure ex-workers’ redundancy claims are met.

“It is admirable to see their commitment but also sad that they have been forced to go into dispute over a broken agreement,” said Marian Spelman, President of the Galway Trades Council.

“It is obvious that lessons were not learned after Clearys in Dublin closed leaving their workers in a similar situation.”

“Legislation was promised then to ensure it would never happen again but we know now that yet another UK based company thought they could get away with withdrawing their business and leaving their ex employees with a basic redundancy package.”

“The Trades Council appreciates that these are difficult times for everybody but if we are in this together, now is not the time to ride roughshod over workers’ rights.”

The Trades Council is backing Mandate’s call for the government to immediately implement the recommendations of the Duffy Cahill report, which was commissioned after Clearys collapsed.