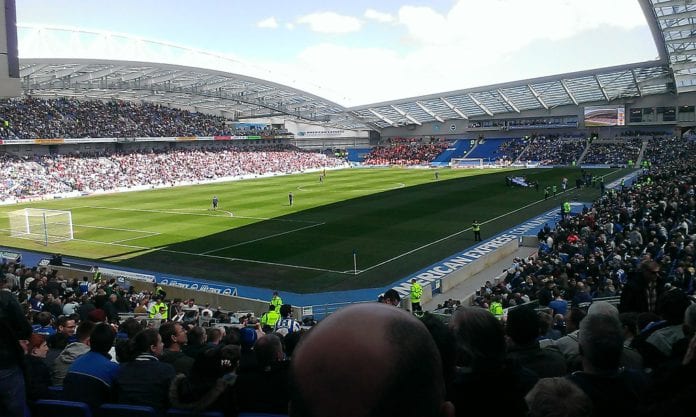 Galway man Aaron Connolly scored twice today for Brighton in a 3-0 win over Tottenham Hotspur in what was his first Premier League start.

The 19-year-old striker put in a stunning Man of the Match performance, looking dangerous throughout as the Seagulls overturned Pochettino’s men in Brighton.

Neal Maupay opened the scoring for the hosts in the third minute, and Connolly netted on the 32nd and 65th minutes to seal an impressive win over struggling Spurs.

Aaron Connolly was the top goalscorer in the qualifying stage for the 2017 UEFA European Under-17 Championship, scoring seven goals in six matches.

He featured in all four matches in the championships held in Croatia, until Ireland were eliminated by England in the quarter finals.

Kevin Kilbane said that he is a ‘must’ for the Republic of Ireland’s upcoming games against Georgia and Switzerland after today’s ‘brilliant’ performance.