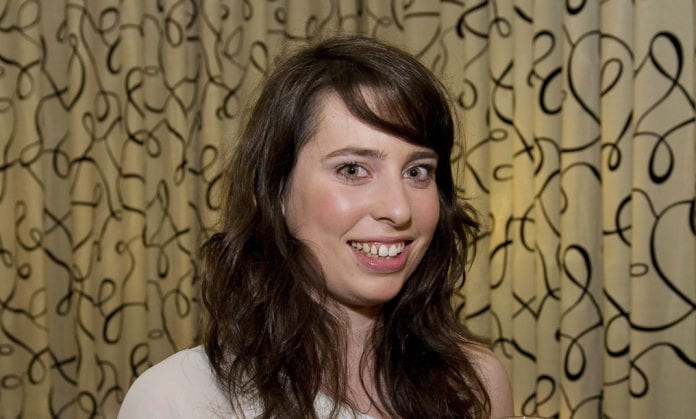 The award was proudly sponsored by Foras na Gaeilge.

“I am delighted to receive this recognition from well-known and much-respected names in the media industry,” said Meadhbh. “I love being on radio and would like to thank the University’s radio station Flirt FM for giving me the opportunity to broadcast my show every week. I have a great passion and love for the Irish language and hopefully my show is testament to that.”

Meadhbh is from Spiddal in Co. Galway and her radio show ‘Gan Teorainn’, is broadcast live on Flirt FM 101.3 every week.

She spent many years working as a journalist and literary critic with national newspapers such as Lá Nua, Foinse and Gaelscéal, and presented current affairs shows on Raidió na Life and Flirt FM.

She first began broadcasting on radio when she volunteered with Flirt FM as an undergraduate student at NUI Galway, and she won the National Réalt DJ competition during that time.

She is also a published author who has written three award-winning books for young people, Rua, Fainne Fí Fífí and Faye. She has received many awards for her writing, including Oireachtas na Gaeilge prizes and the Moth International Short Story Prize.

The Smedias are an opportunity for aspiring media professionals to showcase their work and talent to Ireland’s top media personalities with high profile judges such as Academy award winning director Ben Cleary, multiple award winning author and playwright Paul Howard, and various editors and producers from Ireland’s leading media organisations.