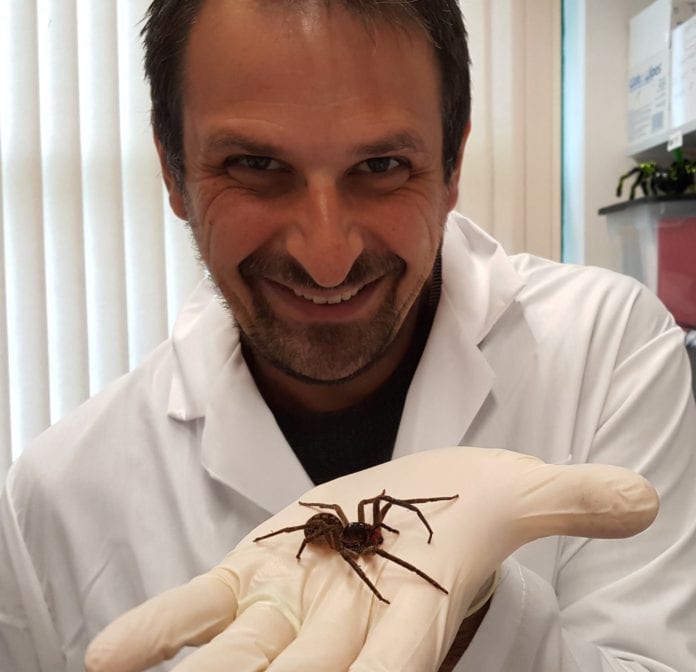 A TEDx talk by a Galway-based scientist was chosen by by TED.com to feature on its website, which has 30 million registered users around the world.

Dr Michel Dugon from the Ryan Institute at NUI Galway had his TEDxGalway 2017 talk, ‘Spider Dust and Scorpion Juice: Are Bugs the Future of Therapeutic Drugs?’ selected by TED.com and it featured on their website yesterday.

Dr Dugon, who is a lecturer in Zoology, said that TED.com offers the largest online stage for academics to share ideas with a global audience and that it was an honour to be selected to feature on the site.

“It is a huge honour to be featured on their website and this would not be possible without the fantastic work by organisers of local TEDx events throughout Ireland,” he said.

“I hope that my experience will encourage other academics to take to the stage in the future and inspire members of the public to engage with Irish science and technology.”

Dr Michel Dugon, a lecturer in Zoology, investigates the toxicity and the medical properties of spider venom with the hope of developing next generation antibiotics.

Dr Dugon is also the founder and director of the Eco Explorers science outreach programme at NUI Galway where he dedicates a sizable amount of his time promoting ecological awareness in the media and in schools throughout Ireland.

His work has been featured on national and international networks including RTÉ, the BBC, Euronews and Sky.