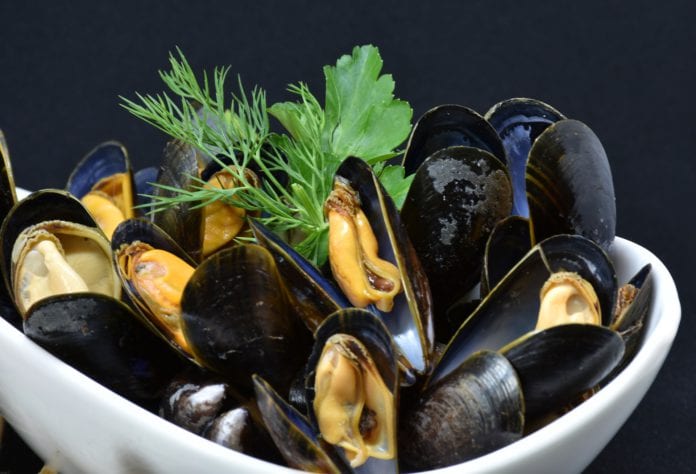 A consortium of researchers from GMIT and NUI Galway are making people more comfortable and safer with shellfish with the world’s first tool to trace it to its source.

However he added that “until now no scientifically based system existed to trace both farmed and wild shellfish produce to their source.”

“The aquaculture of shellfish such as mussels and oysters and the wild fisheries for scallops, razorfish and clams is a multi-million industry in Ireland supporting thousands of jobs in rural maritime communities around our coasts.”

“This research aimed to create the world’s first bivalve shellfish scientifically based traceability tool for Irish produce to promote this ecologically sustainable food”.

This unique tool used trace elemental fingerprinting of shellfish soft tissues and shells to identify the harvest location of blue mussels and scallops with 100% success, including mussels reared from two sites located just 6km apart within the one bay.

Not only was the fingerprinting tool able to tell where scallops came from, but it harvesting events just six weeks apart, both with 100% success.

Trace elemental fingerprinting is kind of like genetic analysis, but instead of looking at variations in genes to create a unique genetic analysis it examines how large numbers of trace elements contained naturally within the flesh and shells of shellfish vary uniquely according to growing sites.

Although these shellfish primarily have shells made of calcium carbonate, as they grow they also incorporate trace amounts of other elements.

What elements and how much of them is determined by what is in their environment as they grow.

“In the context of an ever-expanding human population, we are increasingly relying on seafood as a source of proteins and other essential nutrients,” said Dr Liam Morrison of NUI Galway.

“Shellfish from wild populations and aquaculture account for a significant portion of overall global production and this research collaboration was aimed at obtaining data to support policy on seafood safety, health and environmental protection.”

The research was very recently published in two scientific papers in the international peer-reviewed journal, Science of the Total Environment which can be read here and here.