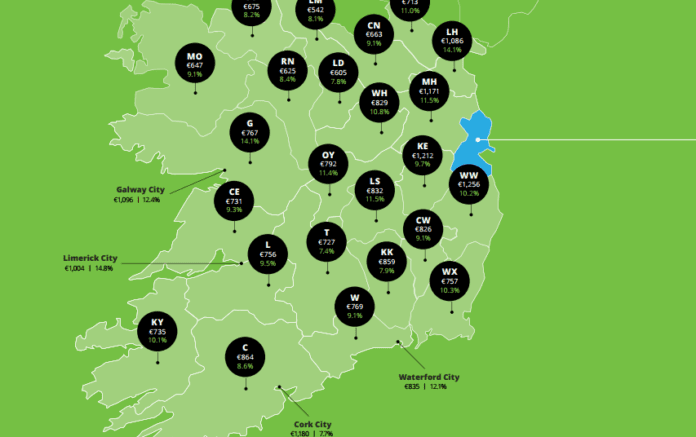 The latest report by Daft.ie shows that rents in Co. Galway are rising quicker than any other part of the country, including the six areas in Dublin.

In Galway city, rents are 30% above levels recorded a decade ago. Outside the cities, the average is 10.4% above its previous peak.

The average rents nationally is just over €1,200 and Donegal has the third cheapest rents and the lowest year-on-year increase.