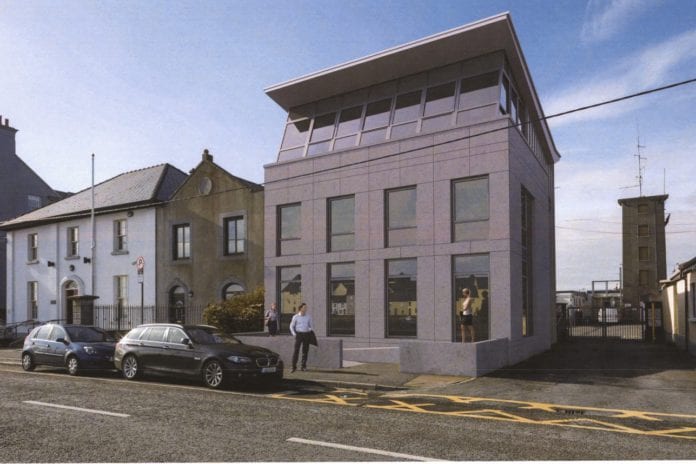 Galway Rape Crisis Centre has submitted plans for the constructions of a modern, new premises in the Claddagh to unify its services.

Galway Rape Crisis Centre has operated out of its premises at Claddagh Quay for more than two decades.

Now they are seeking planning permission to demolish the existing building there, and build a modern, welcoming three story building in its place to house their services for the future.

Seven years ago, as the demand for its services grew, much of the centre’s operations were moved to new premises at Forster Court, but continued to offer a counselling service from the Claddgah premises.

“Our present location is part of the Magdalen Laundry complex, which consists of the laundry and a residential building which had previously been occupied by the surviving ladies from the laundry.”

“In recent years the Sisters of Mercy assigned our lease to Cope Galway, who have asked us to vacate and return the building to them by July 2021,” the application states.

“As our building in the Claddagh Quay can no longer house our growing service in its present form, we are applying to the City Council to create a permanent and secure home for out clients and counsellors.”

“We need help to give all the survivors of sexual abuse a place to come to for counselling that is bright, modern and safe because they deserve it”.

Galway Rape Crisis Centre was established in 1984 by a group of local women concerned about the lack of services for victims of sexual violence in Galway.

In the years since then it has grown many times, securing government funding for the first time in the late 80s, and incorporating the services of Male Abuse Survivors Centre in 2006.

It services today include: Crisis Counselling for recent victims of rape and sexual assault, long term therapy for child abuse survivors, Adolescent Therapy clinic, a freephone helpline, outreach clinics in towns around the county, and more.

In 2019 Galway Rape Crisis Centre offered over 4,000 appointments to victims of rape and sexual assault.

Galway City Council is currently due to make a decision in this planning application by July 1.