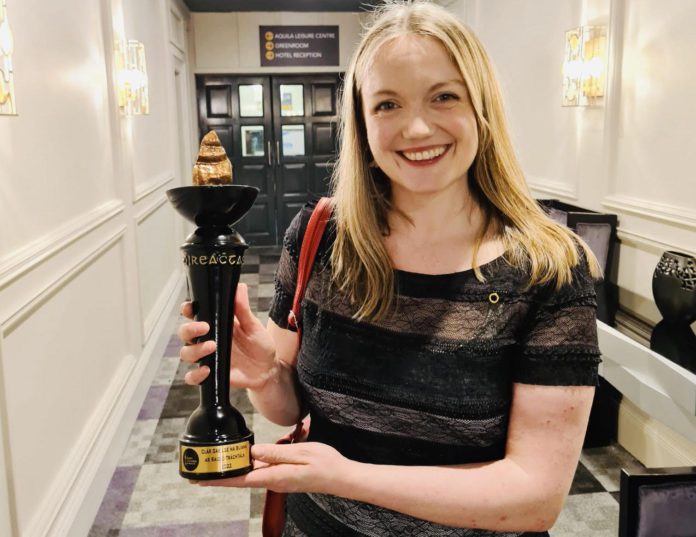 She was awarded the ‘Best Irish Language Show on a Commercial Station’ on Wednesday evening at the Oireachtas Communications Awards Ceremony in Killarney.

“It’s a huge honour to receive recognition at the Oireachtas na Gaeilge awards, everyone working through Irish in media in Ireland wants to be shortlisted here. I’m delighted to win this award doing what I love – Irish language radio.”