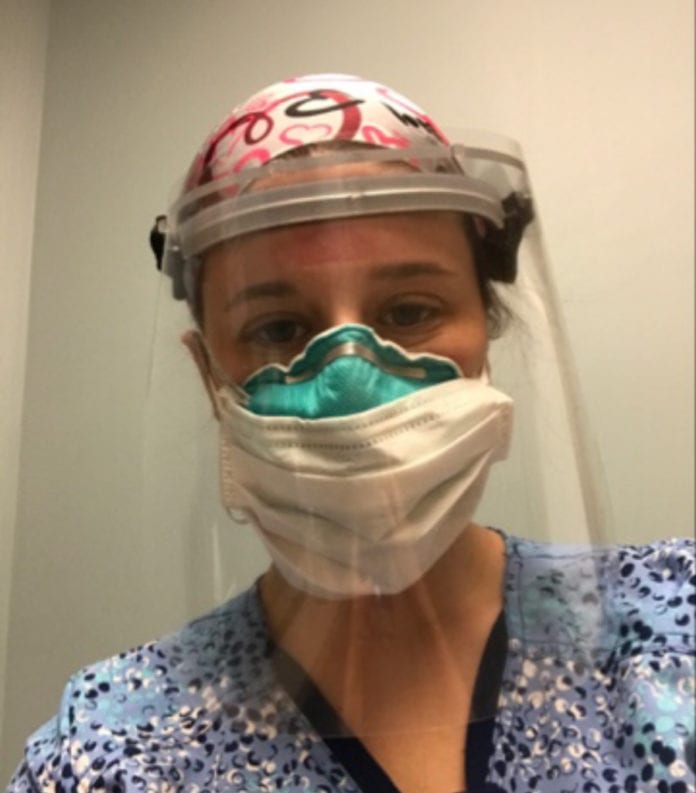 A nurse from Galway has described her experience working in a COVID unit at a Massachusetts hospital.

In an interview on RTÉ Raidió na Gaeltachta, Orla Nic Dhonncha, who is originally from Leitir Mealláin, spoke about seeing a lot of death and how nurses at the hospital in Norwood had difficulty sleeping due to the crisis.

Talking to Caitlín Ní Chualáin, Orla said that so many patients were dying two weeks ago that the hospital ran out of body bags.

“As if that’s not bad enough, then there was no room in the morgue, it was full. So they brought in a truck, parked outside the hospital, for these poor people’s bodies. A big lorry,” she said.

A fortnight ago, when the hospital was experiencing the worst of the pressure, they had to send some patients to Boston because there weren’t enough beds.

“We were running out of a good bit of stuff in the ICU – we didn’t have pumps, incubators for patients.”

Speaking about the insufficient stock of PPE, Orla said: “We’re not well-stocked at all,” she said. “Last weekend, I had to wear the same apron into each COVID patient over my 12 hour shift…

“The N95 masks, I got my second one last week. The first one I had, I had used it for seven weeks.

“I had to go to the person who’s in charge of the hospital and explain why I needed a new one, why it was so important.

“They don’t want to give them out because they don’t have enough. It’s terrible.”

She added that all members of the nursing staff at the hospital were feeling the strain, and they were experiencing the same trouble sleeping.

“We’re all going through the same thing. When I started, I couldn’t sleep a wink, I’d be having these strange dreams.

“I’d wake in the middle of the night, thinking of the patients dying and me looking through the door at them dying without anyone with them…

“I thought it was just me, but then I started talking to the other nurses, and they all said they were hardly sleeping at all … that’s the way it is, your heart is just racing, racing, racing all the time.”