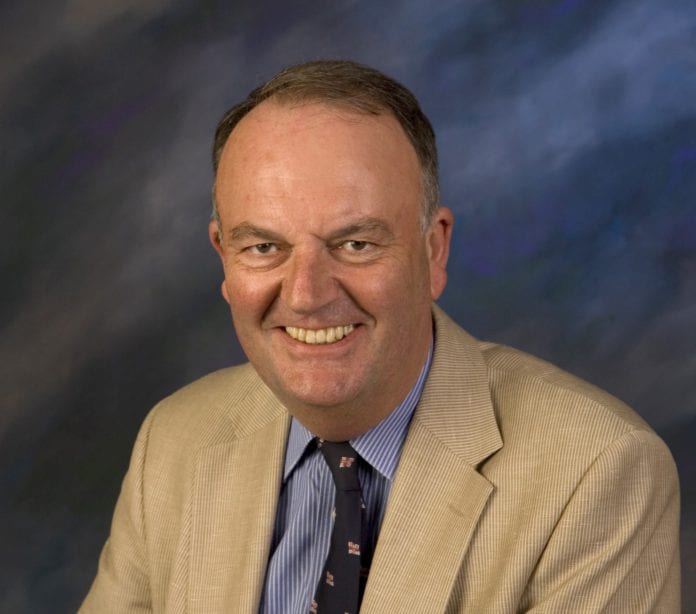 Galway man John Coyle has been recognised by the Queen in the Birthday Honours list for his role in helping the RNLI in its work to save lives at sea.

John is to receive an OBE. A former Trustee of the RNLI and Chair of the RNLI’s Council in Ireland, John has been to the forefront of lifesaving on the island of Ireland.

A graduate in Economics and Business from University College Dublin and The College d’Europe at Bruges, John Coyle is a former President of Galway Chamber of Commerce and Chambers Ireland, also holding the position of Vice Chair of Eurochambres.

John has also worked in the agrochemical, Maritime, Tourism and Property sectors. Throughout his business career and charity work, he has been committed to the strengthening of cross border business links and mutual cooperation.

In 2008 he was nominated by the Government to the Board of the Commissioners for Irish Lights – the entity charged with the maintenance of lighthouses and AIDS to Navigation for the entire Island of Ireland.

His relationship with the RNLI was a result of a lifelong interest in yachting and began through fundraising for the lifeboats on the west coast of Ireland before joining the Irish Council of the RNLI.

John was then invited to join the UK Council of The RNLI before becoming a Trustee of the charity. His direct involvement with the the charity spans some thirty-five years and continues to this day.

In June 2019, he was appointed a Knight of the Sovereign Order of Malta and now he is to receive on OBE for his work with the charity.

Speaking on the award, John Coyle said, “This is a tremendous honour and one, as a volunteer for the RNLI, I feel very proud to receive.”

“The RNLI in Ireland is an all-island organisation and the spirit of co-operation that exists between Ireland and the UK continues to bring people together in their mission to save lives.”

“A huge debt of thanks is due to all those who so generously continue to fundraise or donate to the RNLI, we could not continue without their support.”

“RNLI Chief Executive, Mark Dowie said: ‘It is such a delight to see these RNLI people recognised for their hard work and commitment, particularly as we have had such a challenging year.”