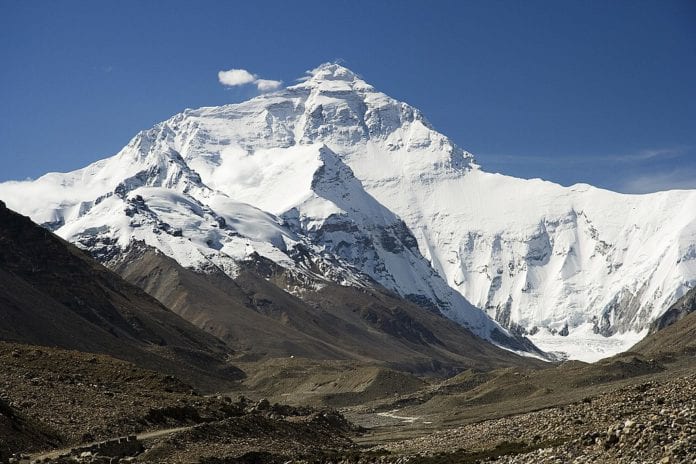 A Galway man and father of two has died on an expedition to Mount Everest this week.

Kevin Hynes (56) from Galway lost his life while descending from Mount Everest on Friday morning as part of a group with 360 Expeditions.

“It is with the greatest sadness that we have to confirm that one of our Everest team has passed away,” the company said in a statement.

“Kevin (56 yrs) was one of the strongest and most experienced climbers on our team, and had previously summited Everest South and Lhotse.”

The experienced mountaineer was part of an expedition attempting to summit the 8,843m high mountain with experienced Sherpa, Dawa Sangee, “who himself has summited Everest south twice, Everest North and Makalu twice.”

On May 22 the group reportedly made base camp at 8,300m, and the next day while the summit climbers were heading higher Kevin began making his descent.

He passed away in the early hours of the morning of May 24 in his tent on the Tibetan side of the mountain.

“His wonderful wife, Bernadette and two children, Erin and James are comforted by all the communication that Kevin sent out from his expedition, letting them know that this was proving the most fun he had had on any one of his expeditions and the team was amazing and that he was loving being with Rolfe,” 360 Expeditions said.

“We thank everyone for your understanding and respect in the light of this tragic event. Our heartfelt thoughts and condolences are with all Kevin’s family and his friends.”

“He really was a wonderful man and it was a great privilege to have him on our team.”

Kevin is understood to have lived and worked in the UK and had previously summitted Everest last year from the Nepal side.

Kevin Hynes is the second Irish climber to lose his life on Mount Everest in the past week after the death of Seamus Lawless from Wicklow.

Mr Lawless went missing when he fell over 500m from the balcony section of Mount Everest after completing his summit.

The search for Mr Lawless is continuing, but has been hampered by poor weather.

Three other climbers have also been reported to have died on the mountain recently amid warnings that overcrowding is causing deadly conditions for climbers.