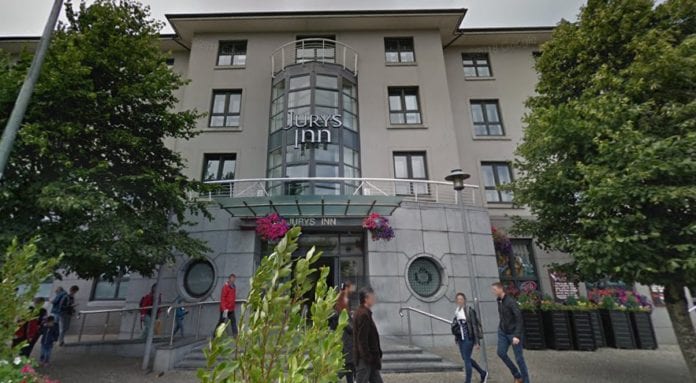 Popular Galway hotel Jurys Inn is planning a massive expansion that will nearly double its workforce.

Jurys Inn wants to extend its hotel on Quay Street by adding two new floors to the main building, and adding an entirely new wing facing the Corrib.

The new wing will be a four storey extension connected to the main building at every level.

The extension will add 89 new bedrooms to the Galway hotel, as well as a restaurant/bar on the ground floor and internal reconfiguration.

Other work that will be done as part of this project includes a single storey extension to the reception area, and landscaping works facing onto the river Corrib and Father Griffin road/Quay street.

This project is a massive expansion to the Galway hotel, which currently has 130 rooms.

The owners say that the space is needed to cater for the growing number of tourists expected, as a lack of hotel space in Galway has been highlighted by Fáilte Ireland.

The European Capital of Culture designation for Galway in 2020 is expected to draw large numbers of tourists to the city.

According to the owners of the Jurys Inn, Isreali company Fattal, the expansion will result in the creation of 55 new jobs at the Galway hotel, nearly doubling its workforce.

Plans for the expansion were submitted to the city council on February 26, and a decision is not due until April 22.

Public submissions about this proposal can be made to the council until April 1.