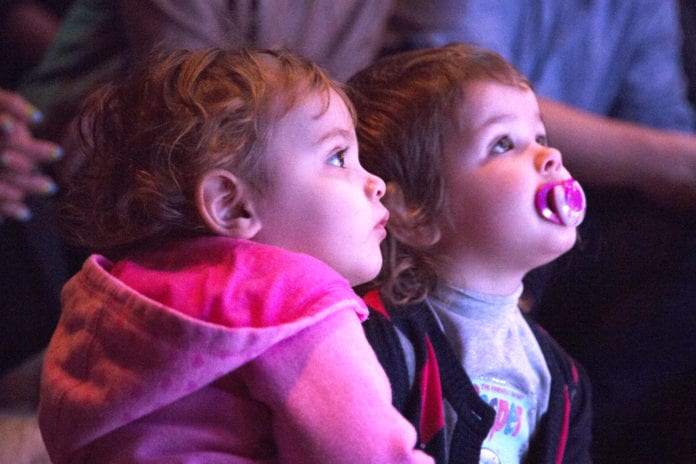 Professor Pat Dolan, Director of the UNESCO Child and Family Research Centre at NUI Galway, will officially open the event at a launch this evening.

Named for the wide-eyed amazement with which young children experience the performing arts, the imaginative programme will feature 15 brand-new theatre and dance shows from all across the continent.

The event is the culmination of a four-year project run by Small size, a European network working to promote the performing arts for early childhood. Baboró has been involved with the network since 2009 and is its only Irish partner.

Aislinn ÓhEocha, Baboró’s Executive Artistic Director, said: “At Baboró we believe you’re never too young to be an audience member so we’re very excited about hosting this major one-off event…It’s been a privilege to be part of an international network like Small size, and to work with organisations who are equally passionate about developing work for younger audiences.

“We’re looking forward to welcoming our European counterparts to Galway, and to sharing their work with babies, children and families over four jam-packed days.”

For the first time ever, Baboró will present its own production for children—co-produced with Branar Téatar de Pháistí—called uoo, mee, weee!

Wide Eyes is aimed at families, schools and crèches and will also offer professional development workshops for adults as well as industry symposia.

Arts Council director Orlaith McBride commented: “The Arts Council is delighted to support Baboró in hosting Wide Eyes. We see this as an excellent opportunity for families and children in early childhood care and education settings to experience imaginative work by Irish and international artists.”

Children who participate in artistic and cultural activities cope better with schoolwork and have more positive attitudes towards school later on than those who are less engaged.

Wide Eyes is suitable for babies and children aged 0-6 and will take place in Galway from Thursday 1st Feb – Sunday 4th February, 2018. The full programme can be viewed on www.wideeyesgalway.ie. Tickets are available from the Town Hall Theatre on 091 569 777 or online at https://tht.ie.