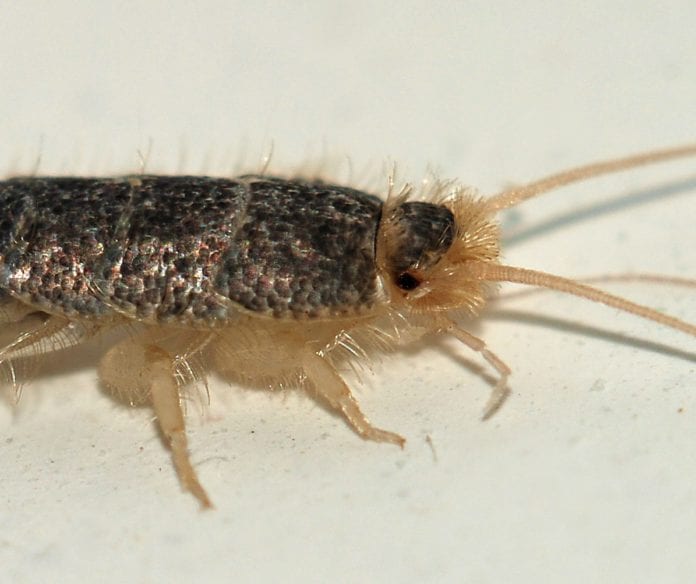 Galway has the third highest amount of callouts to deal with infestations of silverfish in Ireland according to pest control experts Rentokil.

Rentokil says that there has been a sharp rise in silverfish infestations this year, with callouts between April and September up 143% on the same period last year.

Silverfish are silver or grey in colour and are teardrop shaped, with tiny scales and two antennae. The insects can lay up to 60 eggs every day, so a small problem can quickly become a large one if you find them on your premises.

The insects feed on starch and cellulose, so an infestation can result in damage to books, photographs, paintings, plaster and other household items, as well as on human debris such as dead skin and hair.

They can lay up to 60 eggs a day, which they conceal in cracks and crevices, making them extremely difficult to locate.

Richard Faulkner, Advanced Technical Field Consultant for Rentokil said “Rentokil has seen a huge increase in callouts for these pests in the past six months.”

“As we enter into the colder months, we expect that callouts will continue to rise as the insects seek shelter in homes and businesses.”

“Silverfish thrive in damp and humid conditions and can often be found in dark, damp areas such as bathrooms, basements and attics”

In order to get rid of silverfish people should deny them food by vacuuming and keeping dust and debris to a minimum, store food in containers with tightly sealed lids, dehumidify premises, and make sure there are no cracks in walls or skirting boards.