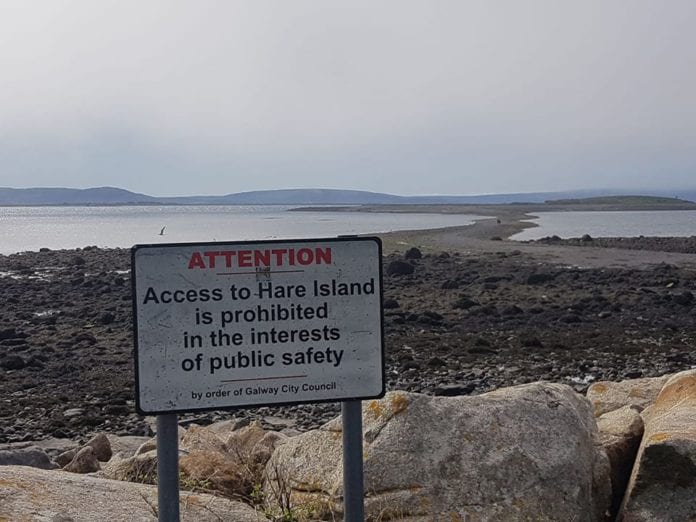 Galway Gardaí, the RNLI, and the Irish Coast Guard are asking people not to walk out to Hare Island during the period of Covid-19 restrictions.

The gardaí have said that it is common for people to get trapped on Hare Island when the tide closes in over the causeway off Ballyloughane.

On Monday gardaí had to respond to reports of a number of people out on the island, putting the RNLI on notice in case the lifeboat was needed.

Within an hour of their response the rising tide had covered the causeway.

In a post on facebook Galway gardaí said that behaviour like this puts everyone’s personal safety at risk, and that people should exercise close to home.

City Councillor Niall McNelis expressed his frustration with the situation, saying that there is clear signage telling people to stay away.

Cllr McNelis added that having to post a garda there to tell people not to go to the island would be a waste of their resources.