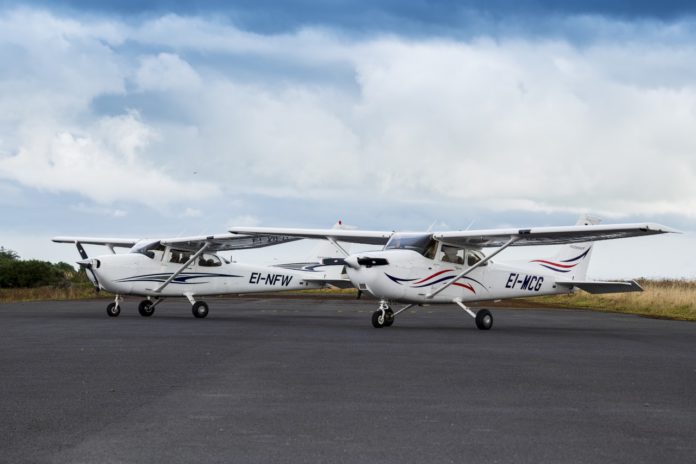 The Galway Flying Club is marking an important milestone in the history of Irish aviation this year with its 75th anniversary.

Founded in 1946 in Oranmore, it is the longest-operating flying club in the country.

While the present COVID situation is preventing them from properly celebrating this occasion right now, the club has said that they hope to mark it at a more suitable time in the coming months.

In 1974, the club was invited to move to Galway Airport at Carnmore by the then owners, and has been operating from there ever since.

Today it is made up of approximately 100 members from all walks of life, bound together by a shared love of this uncommon pastime.

Today, their planes have become a common sight buzzing through the skies over Galway County.

Though not a professional flight school, the dedicated voluntary ethos at the club means that it provides training up to Private Pilot Licence level.

more recently it was awarded Approved Training Organisation (ATO) status by the Irish Aviation Authority, allowing it to train pilots to the level of Flight Instructor.

Galway Flying Club’s status as an ATO – one of just a few in the country – is testament to the quality of the Club’s instructors and the systems and procedures they implement.

The success of the Club is recognised on a national platform, having twice been awarded the General & Sport Aviation Award by the aviation industry.

Most recently, RTE’s Nationwide has completed filming the story of Galway Flying Club, which is due to air early next year.