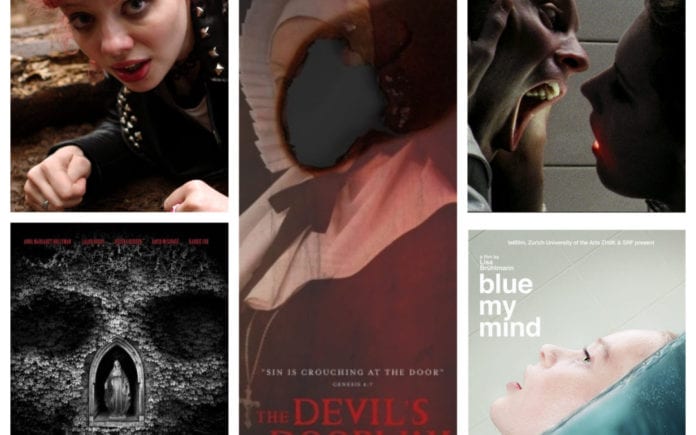 Galway Film Fleadh is launching a programme of late night screenings this year to show off “the strange, the scary, the fantastic and the funny” from independent filmmakers.

In the past few years the Film Fleadh has showcased some amazing genre movies from independent filmmakers such as Grabbers, a monster film with an ensemble Irish cast trapped on an island, where alcohol may be their only hope of survival.

Or Bad Day for the Cut, a violent revenge story set in Belfast set in motion by the murder of a farmer’s mum.

Now, for the 2018 Fleadh, a dedicated strand of of the festival called What the Fleadh?! is being set aside for these strange and delightfully inappropriate films.

Opening the What the Fleadh?! programme on the first night of the festival is An Evening with Beverly Luff Linn, the surreal new comedy from Jim Hosking with Parks & Recreation alum Aubrey Plaza in the leading role.

Closing out the programme at the tail end of the festival is Black ’47, a western set in the bleakest days of the famine from director Lance Daly, and starring the incredible presence of Hugo Weaving (V For Vendetta, Lord of the Rings, The Matrix).

Weaving plays Hannah, an ageing British soldier sent to track down Feeney, an Irish Ranger who deserted from the British Army to reunite with his family and embarks on brutal path of revenge through the social hierarchy of the day when he finds them dead.

In between movie lovers can catch a bit of every genre there is, and some that don’t really have a name yet. From found footage horror The Devil’s Doorway set in a home for ‘fallen women’ in 1960, to Luz, a ‘sensory, fever dream of a film’ about a Chilean taxi driver with a disturbed past.

And just sort of tossed in there will be a screening of cult classic Bill & Ted’s Excellent Adventure, a time-travelling, sci-fi comedy starring Keanu Reeves in the years before he started killing absolutely everyone as John Wick.

The 2018 Galway Film Fleadh, incidentally the festival’s 30th anniversary, runs from July 10-15 at venues around the city.

On top of independent and feature films, many of which are making their debut at the Fleadh, other events scheduled include a series of masterclasses on everything involved in film making from screenwriting to acting and the One Minute Film Festival.

Amateur and professional filmmakers create a one minute movie, and the best 30 are selected by judges for screening at the Fleadh.

A full programme of events for the 2018 Galway Film Fleadh can be found online and tickets can also be booked through the festival’s website.