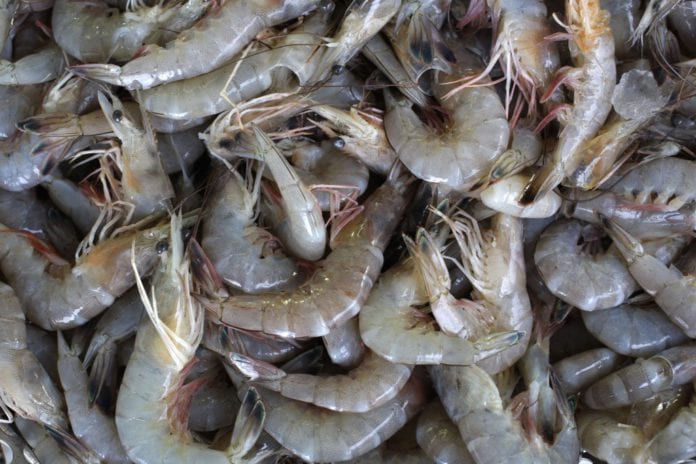 Two recent studies have suggested that chemicals used to fight pests and diseases in Salmon in offshore farms could be harming shrimp, lobsters, and other crustaceans.

Galway bay Against Salmon cages have written to Minister for the Marine Michael Creed warning that the government could face compensation claims in the future from fishermen unless these chemicals are banned.

According to the Irish Examiner the Marine Institute has said that it is examining the research from Scotland’s Environmental Protection Agency and a Norwegian research group.

A study by the International Research Institute of Stavanger in Norway came to the conclusion that the use of hydrogen peroxide could be more harmful to shrimp than was previously believed.

Hydrogen Peroxide is used in the farming of Atlantic Salmon to treat the fish for lice.

They found that the effects of these chemicals extends beyond the marine of area of the farm itself.

In a letter sent to Minister Creed, chairman of Galway Bay Against Salmon Cages, Billy Smyth, said that it has been proven beyond doubt that pesticides used in salmon farming are damaging crustacean stocks.

Mr Smyth warned that if the government continued issuing licences for salmon farming it could be hit with compensation claims from fishermen for loss of earnings.

He also said that it was shameful that farmers on land would never be permitted to use these chemicals near water, but offshore salmon farmers were allowed to pour them into the ocean.

The Department of Agriculture, Food, and the Marine confirmed that it had received the group’s letter and would pass their concerns on to the Minister.