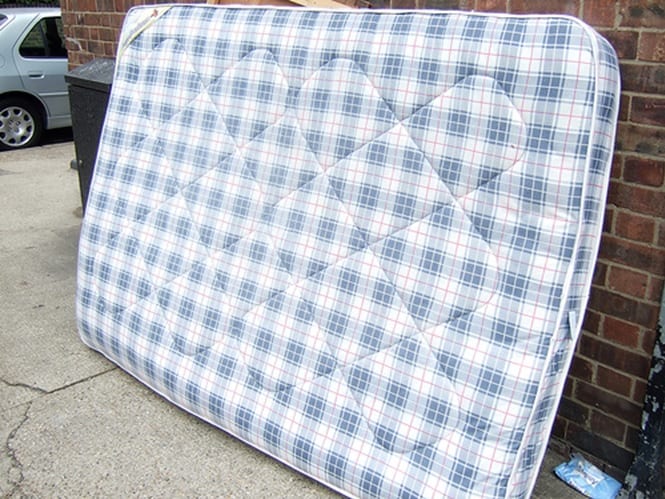 Have you ever had problems throwing away an old mattress? They’re large and awkward, it’s not even clear where you’d toss one without a skip. It certainly wouldn’t fit in a wheelie bin.

Maybe you’re a bit embarrassed to toss one into a skip parked on the side of the road, where anyone can see the unspeakable things you did it.

Well Galway has your back this week as the city and county council have both announced a second mattress amnesty day this weekend.

This Saturday, July 21, people can bring their unwanted mattresses either to the city council’s civic amenity site at Liosbain Industrial Estate from 8am – 12.30pm.

While residents of Galway county can go to Tuam Recycling Centre on the Athenry road, Tuam at any time between 10am and 10pm.

Both locations are limiting drop off to three mattresses per vehicle. Though if you have to dispose of more than three mattresses at once you’re either downgrading from a mansion, or just need to take better care of your stuff.

The mattress amnesty events are part of a larger environmental clean-up and anti-dumping awareness campaign launched by Minister for the Environment Denis Naughten.

At the launch of the It’s Not in Our Nature – Is It in Yours? anti-dumping campaign Minister Naughten announced €61,500 in funding for 22 mattress amnesty events across the western region this summer.

At the launch of the campaign Sean Scott, Regional Waste Enforcement Co-ordinator said: “Our overall aim is to eliminate unsightly illegal dumps and further protect our environment both in rural and urban settings as well as engaging with the public to ensure that areas remain clean once clean-ups have taken place.

“Significant costs are associated with cleaning up illegally dumped waste and there is an onus on all citizens to dispose of waste in the correct manner.

“I also welcome the Ministers support for a mattress amnesty.  Householders should contact their Local Authority for details of mattress amnesty events that are taking place,” said Mr. Scott.

Galway already held a mattress amnesty day earlier this month, and it’s success was a subject of praise at a special meeting of Galway city council on Monday.

Councillor Terry O’Flaherty singled it out as an effective method of combating a very visible type of waste dumping.

Councillor Frank Fahy said that waste dumping has become a serious problem at estates in the city, saying that in Menlo there are people who dump their waste anywhere they please.

City Manager Brendan McGrath told councillors that he wants Galway to become “exemplary” in the region for its handling of waste.

He added that the council was also considering installing covert cctv cameras at dumping black spots to catch people in the act.

The mattress amnesty is limited to households by both the city and county councils, they’re not accepting commercial disposals.

In addition, the city council will require proof of address, such a utility bill, and proper ID for the householder such as a passport or driver’s license.