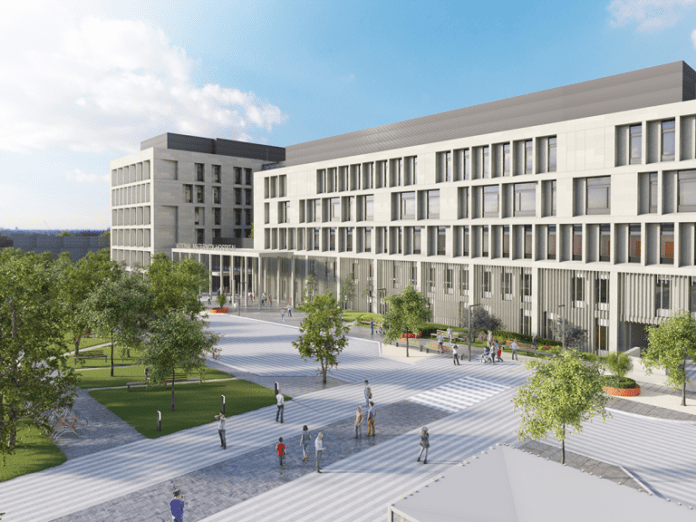 Grave concerns were expressed for the future of a new National Maternity Hospital in Galway this week at the annual conference of the Irish Hospital Consultants Association.

Deputy Chair of the Holles Street Maternity Hospital Mr Justice Nicholas Kearns said that approval for commencement works on the €300 million hospital has yet to be given by the Department of Health.

According to Justice Kearns, work on the pharmacy and underground car park has to begin before the end of the year under EU energy legislative requirements.

If that doesn’t happen, he warned, then the whole project “would go back to square one.”

The Irish Times reports that a deadline of October 1 for approval to be given has gone and passed with no explanation.

Under the current plan, Ireland’s National Maternity Hospital would relocate from Holles Street to a new, state-of-the-art facility to be built on the grounds of St. Vincent’s.

Mr Justice Kearns said that both Holles St. and St. Vincent’s are very concerned about the lack of progress on the project since then.

There is a perception at Holles St. that the delay might be the result of a grudge held against them by the Department of Health, Mr Justice Kearns said.

The hospital won a court challenge in September against a decision by the Health Minister to hold a fourth inquiry into the death of Malek Thawley.

A spokesperson for Minister for Health Simon Harris said that the Minister was completely committed to the development of the National Maternity Hospital.

She said work is ongoing and that Minister Harris hopes to be in a position to update his government colleagues soon.