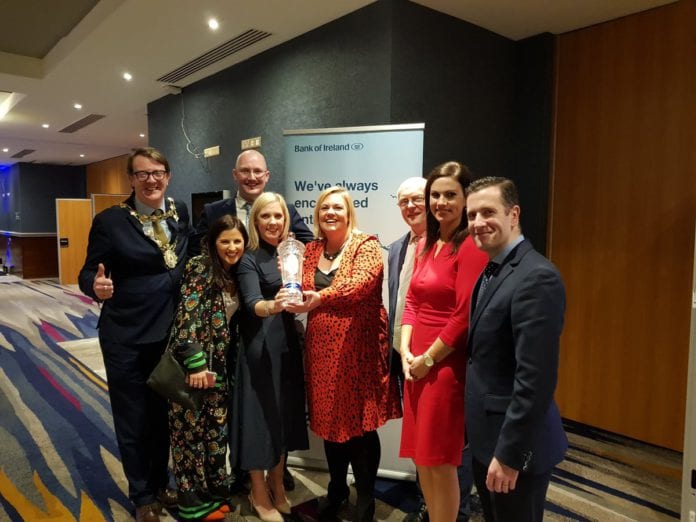 Galway City was named the Best in Ireland this week at the Bank of Ireland National Enterprise Town Awards.

The Bank of Ireland National Enterprise Town Awards recognise and reward towns and villages where businesses communities come together to showcase the spirit of enterprise in their local area.

Mayor of Galway Niall McNelis represented the city at the awards in Kilkenny along with Gill Carroll from Galway City Business Association, Chairperson of Galway Latin Quarter Aislinn O’Driscoll.

The overall winner on the night was Letterkenny, winning a total of €33,000, while Kells in Co. Meath won €20,000 in the new Rising Star category.

The National Enterprise Town Awards were held at the Lyrath Hotel in Kilkenny on Wednesday.

CEO of Bank of Ireland Francesca McDonagh said “Tonight’s awards are about recognising the enterprising activity being undertaken by towns and communities all over Ireland.

“I have been impressed with the energy, commitment and sheer hard work that we have seen from the awards entrants across the length and breadth of the country.”

Town initiatives of the year