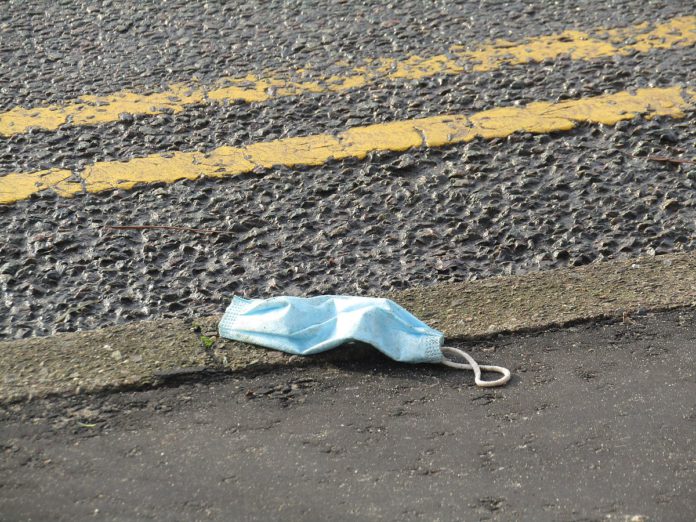 Galway city has lost its ‘clean’ status in the latest Irish Business Against Litter (IBAL) rankings published this morning.

Waterford is now Ireland’s only ‘clean’ city, with Galway city centre being described as ‘moderately littered’.

Naas was crowned Ireland’s cleanest town after every site examined by IBAL was found to be ‘virtually free of litter’.

Cork and Limerick city centres were also classed as ‘littered’ in the league table, with both showing a deterioration on the previous survey. Dublin City Centre fell to ‘heavily littered’.

The report showed PPE litter at record levels, with an increase in the presence of both masks and gloves.

“It would appear that this litter is accumulating as the pandemic continues, as there remains an understandable reticence to pick up other people’s PPE,” says IBAL’s Conor Horgan.

“The disposable blue face mask has become a ubiquitous part of the landscape up and down the country. People have not moved to reusable masks and people are not taking care of their masks.”

There was also a significant rise in other pandemic-related litter, such as coffee cups, while alcohol-related litter remained at previous levels despite hospitality reopening and the survey being conducted in winter.