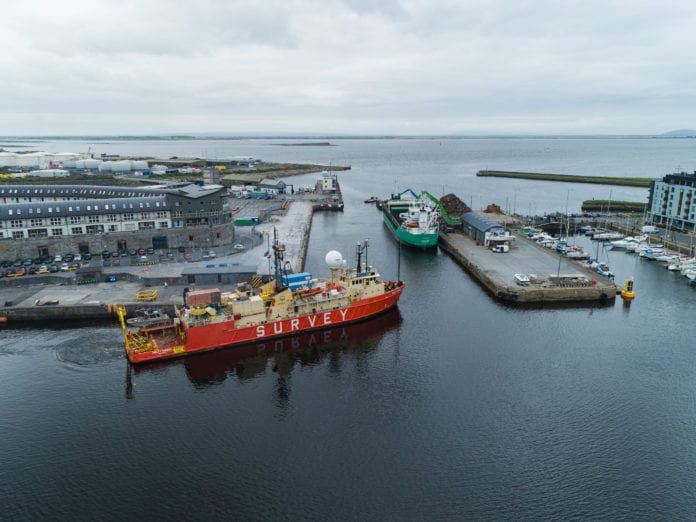 Galway has been chosen as the landing location for an undersea telecommunications cable connecting Iceland with the rest of Europe.

Farice, which currently operates two submarine cables that connect Iceland to Northern Europe, has been undertaking preparatory work for a new submarine fibre cable from Iceland to Europe since early 2019.

Part of preparing for this project has been identifying a suitable landing site in Europe for the cable.

Galway was an attractive choice due to both suitable seabed approaches for the cable itself, and the advantage of bringing it ashore in a city.

“The Icelandic landing site will be on the Reykjanes peninsula with the final location to be decided during the winter 2020/2021,” said CEO of Farice Thorvardur Sveinsson.

“This coupled with Galway’s reputation for business, education and hospitality will lead to a win win situation.”

“The enhanced global activity provided by the system will be a catalyst for attracting high tech business to the city and the regions.”

An undersea route survey is currently underway from Galway, to the edge of the Irish Exclusive Economic Zone, which stretches to 200 nautical miles off the coast.

Once the full marine investigation of the route is completed, the project could be operational within two years of securing financing.

This is not the only such international project which has chosen Galway as its landing site, as the proposed PISCES Cable System, (Portugal, Ireland, Spain, Connecting Europe System) would also come ashore here.

“Ireland has many important attributes that makes it attractive as a destination for this new cable from Iceland, over and above the relatively short distance between the two countries,” Thorvardur Sveinsson said of the Icelandic project.

He said that Ireland is a “nexus” of trans-Atlantic connections, and also cited the many international businesses which headquarter their European operations here, and the skilled workforce, as factors in Ireland’s favour.

“Ireland has thus firmly established itself at the forefront of the development of Europe’s digital infrastructure and as such is an important connection point for a new submarine cable between Iceland and Europe.”