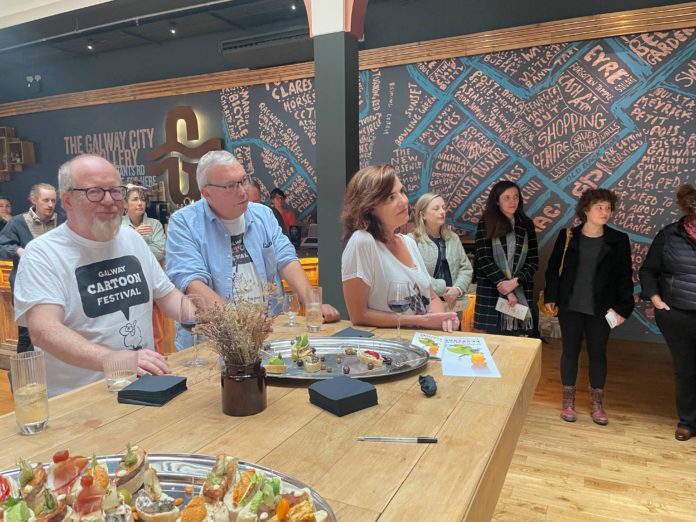 The annual Galway Cartoon Festival kicked off today, with events across the city and on Inis Oírr running until 9 October.

The festival has a strong literary flavour this year with ‘James Joyce Remembered’ — a unique exhibition of illustrations from Ulysses alongside a selection of different portraits of Joyce.

There will be an illustrated talk of the little-known comic strip art of Jack B. Yeats, a retrospective of the surreal scribblings of Tom Mathews, a series of workshops by famed French caricaturist Fabrice Matray, a solo show by renowned Dublin cartoonist Jim Cogan, and an Irish language themed cartoon exhibition.

The Galway Cartoon Festival is also returning to Inis Oírr for its third year with three exhibitions in the Áras Éanna gallery and events including a plaque unveiling at Tigh Ned’s.

As always, the festival will be happening across the city, in the pubs, libraries, theatres, shop windows and on the streets.